Parmish did his schooling from Yadavindra Public School in Patiala.

He has released his music via T-Series and Speed Records.

He has endorsed numerous brands such as – 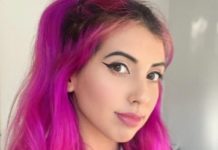