Sinéad O’Connor first found fame with her debut album, The Lion and the Cobra. She became a huge international star in 1990 after her arrangement of Prince’s song Nothing Compares 2 U became an immense global hit. After the 90s, she decided to experiment more with her music and decided to focus on staying true to what she wanted her music to be and shun commercial success. However, that didn’t hold her back as her albums such as Faith and Courage and Throw Down Your Arms (her first reggae album) were highly acclaimed by critics and sold tens of thousands of units as well.

Sinéad O’Connor improved her vocal skills at the Parnell School of Music where she was trained by her teacher Frank Merriman.

O’Connor is a Catholic but she has had a very volatile relationship with the Catholic Church. She has rarely held back her criticism of the church and has even called the Vatican, a nest of devils.

In 1987, she released her debut studio album, The Lion and the Cobra, which did well in Canada, where it got the platinum certification, and in the United States and the UK (the album was certified gold in both the countries). The album sold over 2.5 million copies all over the world.

In 1990, she made her theatrical film debut in 1997 in the comedy-drama movie The Butcher Boy.

In 1988, Sinéad O’Connor made her first TV show appearance on the series Apb. 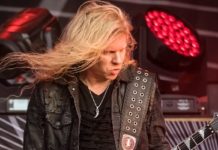