Teyonah Parris is an American actress who is best known for being cast in several award-winning films like Dear White People (2014), Chi-Raq (2015), and Love Under New Management: The Miki Howard Story (2016). She is also noted for her character as Dawn Chambers in AMC’s Golden Globe award-winning series Mad Men (2012–2015) and Mike O’Malley’s Survivor’s Remorse (2014-2017). Teyonah has a huge fan base with more than 200k followers on Instagram.

Then in 2009, she graduated with a Bachelor of Fine Arts in Drama from The Juilliard School in New York City, New York.

Teyonah is represented by –

There is not much known about Teyonah’s love life as she prefers not to bring it into the spotlight.

Teyonah has done endorsement work for several brands such as –

Teyonah made her theatrical film debut as Riva in James L. Brooks’s romantic-drama How Do You Know in 2010.

She made her first TV show appearance as a guest star named Melinda Gossett in The Good Wife in 2010.

In order to keep her skin looking radiant and clean after shooting, she uses a Cetaphil Antibacterial Gentle Cleansing Bar to wash off the top layers of makeup. Then, she applies some Albolene Moisturizing Cleanser to soften up the layers of makeup.

Teyonah then applies the Bioré Deep Pore Charcoal Cleanser to get off her makeup with some fresh water. Then, she uses wipes of Unique Face Options Derma Pore Cleanser in order to give it one final wash.

To keep her hair looking shiny and thick, Teyonah twists or braids her hair. Without fail, she uses a leave-in conditioner, spirited with two drops of argan oil, 15 drops of peppermint oil, 15 drops of tea tree oil, as well as some of her Anu Essentials Golden Blossom Hair Oil. She mixes all the ingredients in an empty bottle and sprays it on to her braids in morning and night. 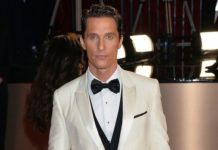 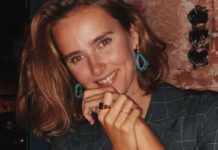 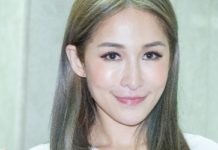 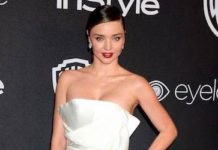