10 Reasons To Go For A Walk Right Now

The weight and obesity problem is at all time high right now. According to demographic statistics published in Journal of American Medicine, more than one-third (34.9% or 78.6 million) of U.S. adults are obese. Also, obesity related conditions such as heart disease, stroke, type 2 diabetes and certain types of cancer are some of the leading causes of preventable death. Plus, the medical costs for people who are obese were $1,429 higher than those of normal weight.

And, walking is one physical activity that can prove to be extremely effective in reducing weight and reversing the obesity related problems. Of course, there are tons of other physical routines that help in losing weight faster. However, not everyone has fitness level or the right physical condition to practice most of them. For example, an obese middle aged man won’t be able to stand up to the demands of Crossfit routine. And, everyone isn’t interested in pumping iron to lose weight.

However, walking is well suited for everyone irrespective of their fitness levels, physical condition and age. And, benefits of going for a walk aren’t just limited to a sustainable weight loss only. Here, are ten reasons that would convince you to make walking an important part of your daily schedule. 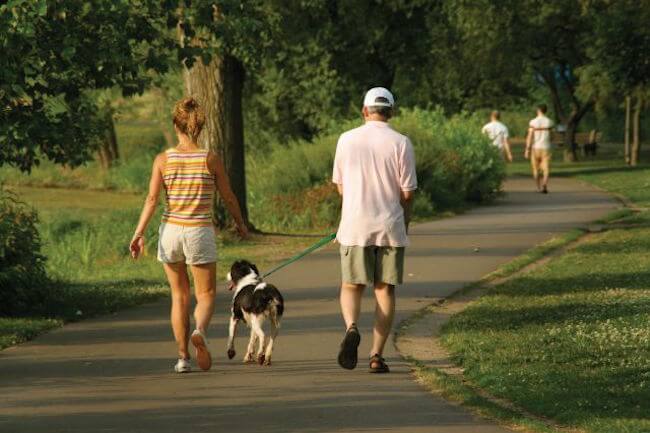 Walking is a simple and effective way to tackle weight gain. It has been proved by studies that walking can form a key part of any weight loss program. It is especially perfect for those who are suffering from some kind of knee injury or problem. Compared to running, the walking is a low impact exercise that mildly affects your cardiovascular health as well. The researchers at the Harvard University and Brigham and Women’s Hospital in Boston followed more than 34,000 normal-weight women for more than 13 years. Over the course of time, they found out that women who followed a standard diet and walked for an hour daily were able to maintain their weight.

The walking isn’t only helpful in maintaining weight, but can also be useful in shedding weight as well. The studies have found that power walking or speed walking can help in torching fat. You can also go for interval training by upping the intensity for a short period and then returning to normal intensity. Do, these alternations and you can lose weight without expensive gym membership. 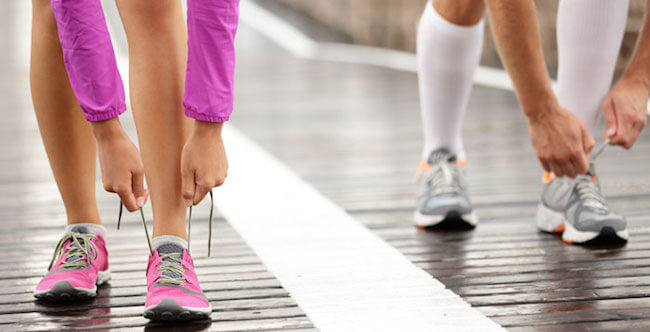 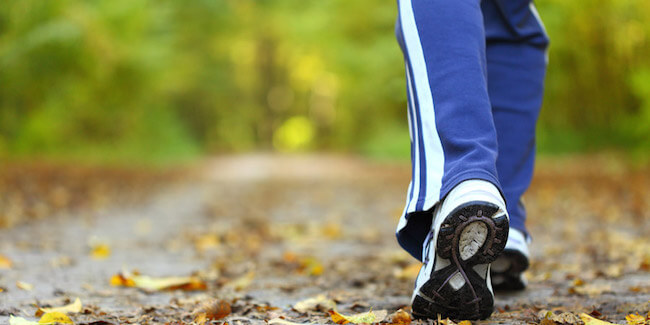 The research has indicated that walking around 6 miles per week is not only good for the heart, but also for the brain, preventing shrinkage and possibly dementia down the road. To prove it, the researchers at the University of Pittsburgh analyzed the data on 299 dementia-free people, who had a mean age of 78 and recorded the number of blocks they walked weekly. Then, nine years later, the researchers took brain scan of the subjects to measure their brain size. By comparing and analyzing the data, it was found that walking for longer distances is associated with greater gray matter volume, which is in turn associated with a reduced risk of cognitive impairment. Also, the 2014 World Alzheimer’s Report has revealed that the regular exercise is one of the best ways to combat the onset and advancement of the disease. 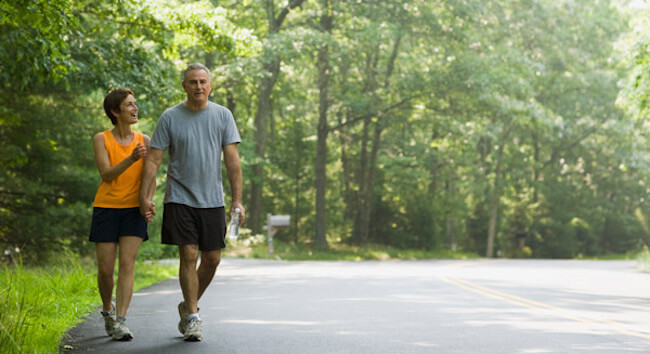 Osteoarthritis is a degenerative joint disease that causes pain, swelling, and stiffness. According to the National Institute of Arthritis and Musculoskeletal and Skin Diseases, it’s the most common form of arthritis, affecting an estimated 27 million Americans over the age of 25. And, research has found that walking can help in preventing osteoarthritis and osteoporosis, which is the bone-thinning condition. The study conducted by researchers from the University of California, San Francisco, revealed that people who participated in moderate aerobic activities such as walking had the healthiest knees. The reason being that walking can help maintain healthy cartilage. For the study, 128 subjects in the age group of 45–55 years with knee OA risk factors, but with no history of knee pain were selected. 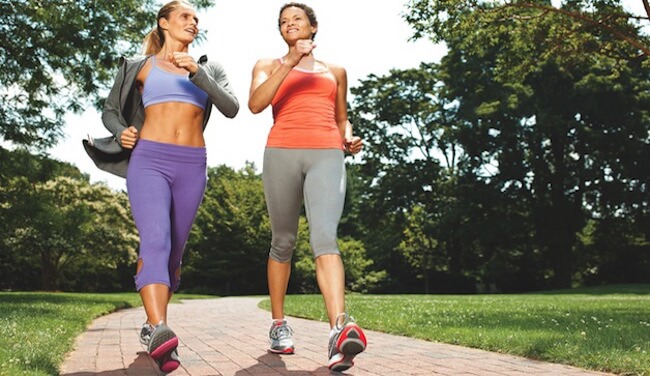 This is one of the most surprising benefits of walking. And, I know you won’t take my word for it. So, here is a study that was published in Cancer Epidemiology, Biomarkers & Prevention. The study revealed that women who walked at least seven hours per week were 14 percent less likely to develop breast cancer. Still, unconvinced? Okay, well, here is another similar study conducted by scientists at the University of California, San Francisco and Harvard University. This study used men who were treated for prostate cancer as subjects. And, it was found that subjects who walked briskly for at least three hours a week reduced their chances of a recurrence. 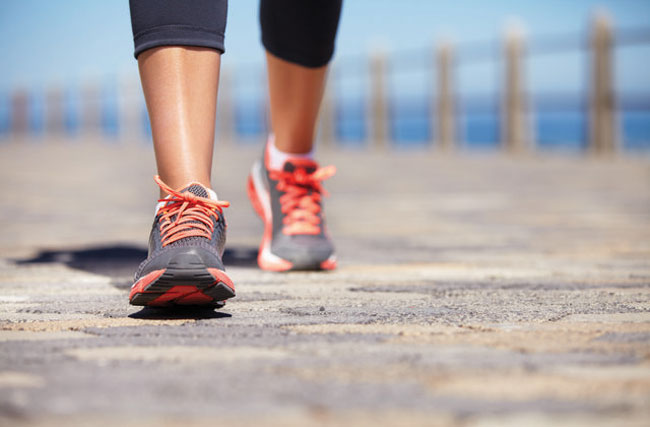 The small study has found that bursts of power walking mixed with strolling at a regular pace and intensity can prove to be more effective for people with diabetes to control their blood sugar levels, rather than walking at a constant speed. However, it has also been proved that walking in general is helpful for diabetes patient. In fact, a general 20 to 30 minute walk can help lower blood sugar for 24 hours. So, the interval-walking training is only matter of better efficiency and results.

Also, a government funded study has found that a small weight loss, even of 10-15 pounds can delay and possibly prevent the symptoms of diabetes. And, as said earlier, adding a brisk walk to your daily schedule is the easiest way to shed weight. 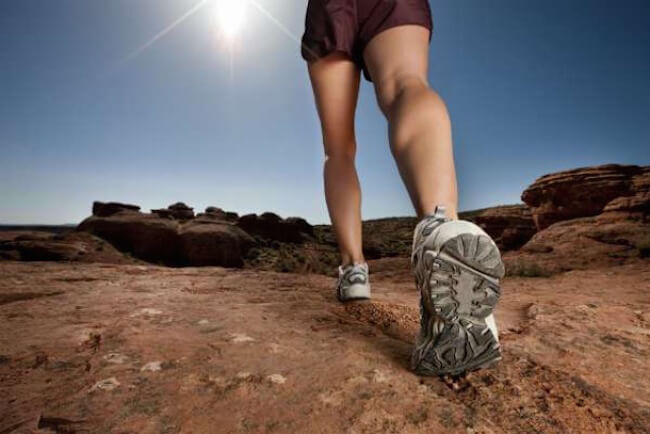 We have already read that walking is influential in tackling obesity, high blood pressure and diabetes, which are well known causes of heart disease. Also, it has been proved that walking lowers your cholesterol levels as well. According to an article published by American Heart Association, walking for just 30 minutes per day can lower your risk for heart disease and stroke. In another international study which focused on adults with a high risk of type 2 diabetes and heart disease, the researchers found that for this specific group of people, every extra 2,000 steps per day at the start of the study was associated with a 10% lower risk of a “cardiovascular event,” which includes heart attack as well as stroke. However, a year after the start of the study, the risk of such medical problem was lowered by additional 8%. 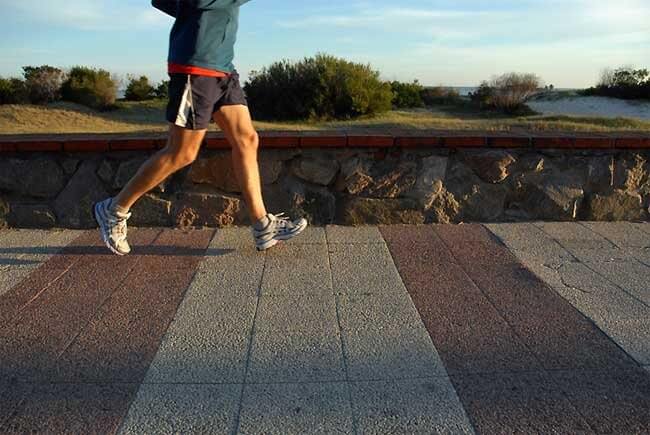 Taking a brisk walk amidst the beauty of the nature is the best thing you can do to lighten up your day. The study conducted by the researchers at the University of Michigan revealed that taking nature walks is associated with plethora of mental health benefits such as decreased depression, improved well-being and mental health, and lower perceived stress. The study was conducted over 1,991 people who were part of ‘England’s Walking For Health’ program, which hosts over 3,000 walks each week. The researchers compared data taken from people who participated, and did not participate. So, go for a walk and if the sun is shining, you will get a good dose of vitamin D along with a mood boost. 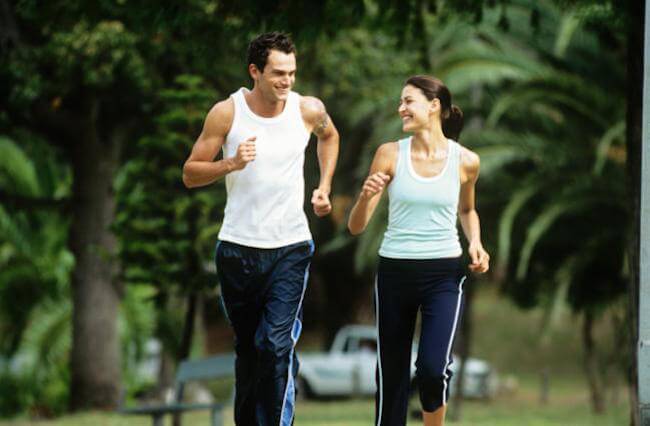 The best way to deal with arthritis pain is to start moving around. Yes, it seems counterintuitive, but a recent research has found that walking one hour per day can help reduce arthritis pain and prevent disability. Another study has revealed that walking significantly improved mobility loss among patients with peripheral artery disease. Peripheral artery disease is a condition in which the clogged arteries in the legs can cause pain and fatigue while walking. Also, walking is an excellent option for those who are recovering from a knee or leg injury. 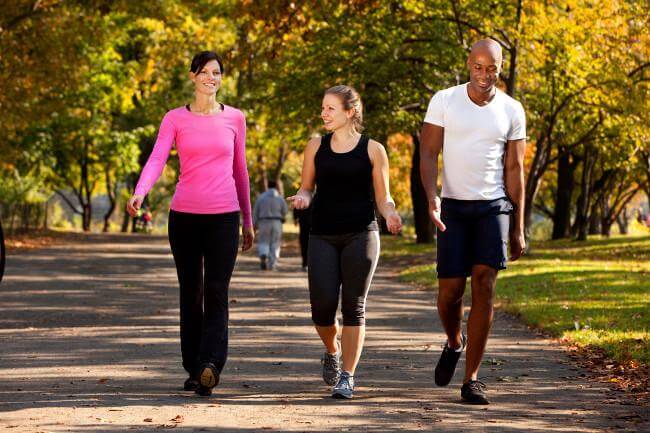