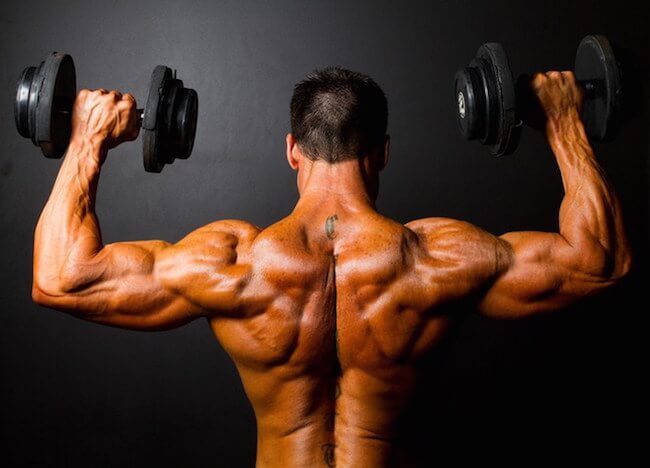 Some people believe that bodybuilding is all about lifting heavy weights. Just get in there and do any exercise that comes to your mind. Any exercise would work, as long as your muscles are being worked hard enough. Of course, it is correct. Your muscles should be worked hard enough, but you need a proper strategy to get the best possible results. It isn’t that simple. If it had been, then all those guys who have been spending months in the gym would have had something better to show for their efforts.

You need brain to develop brawn. You need to have a proper workout strategy that is based on the facts and scientific knowledge. The right strategy will help you to get the most out of your workout and will ensure that you aren’t toiling for nothing. In this article, we will list some tips that will help you build bigger and stronger shoulders. You will learn that building muscles is about taking smart steps in the workout itself. And, of course, you will have to lift weight. 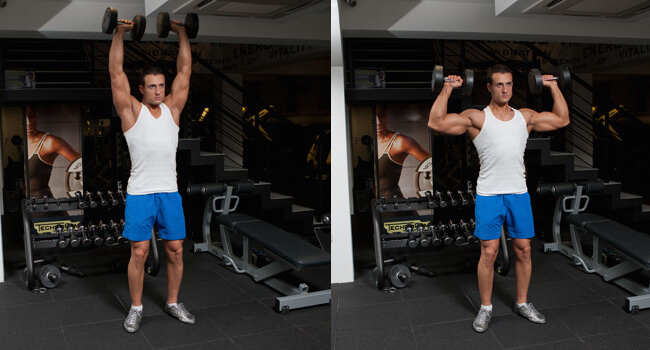 It is the oldest rule in bodybuilding. Always start your workout with a multi-joint exercise also known as compound exercise. The compound exercises stimulate the greater degree of muscle mass by engaging the multiple muscle groups at the same time. Starting with the overhead press will engage almost every muscle that makes up anatomy of your shoulders. Some of them will engage to move the weight, while other will work as stabilizers and supporters during the exercise movement. It engages all the three delts heads as well as the triceps and other assisting muscle groups. Another reason for doing overhead press first, is that it is the most demanding shoulder exercise out there. And, the only time when you can do it perfectly is when your muscles are completely fresh. If you are going to do it later in the workout, when your muscles have already fatigued, you won’t be able to give your best.

If you want to build bigger muscles, the amount of weight lifted is very important. For this exercise, select weight that will lead to failure in 6-8 reps. Also, being fresh, you should have no problem in going heavy. This is another reason for placing this exercise in the beginning. 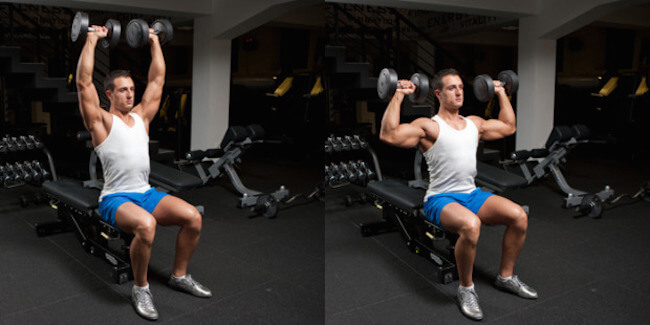 While the exercise movement remains the same for both seated and standing presses, there is an important difference in the way, it targets your shoulder muscles. The standing shoulder press or better known as military shoulder press allows you to generate more thrust behind the exercise motion. As a result, you are able to lift heavier weight or do more repetitions. The standing overhead press helps in developing strength and explosiveness.

The seated press is more of an isolation exercise. When you are doing seated presses, you won’t be able to generate thrust through your knees and hips, which means all the work done to lift the weight overhead would be done solely by the shoulder muscles. However, you will have to sacrifice some weight as well as reps while doing seated overhead press.

So, both types of overhead press is important for the complete development of the shoulder muscles. You shouldn’t make the mistake of preferring one over the other. Tailor your workout to include both or at least try to rotate both in your workout. 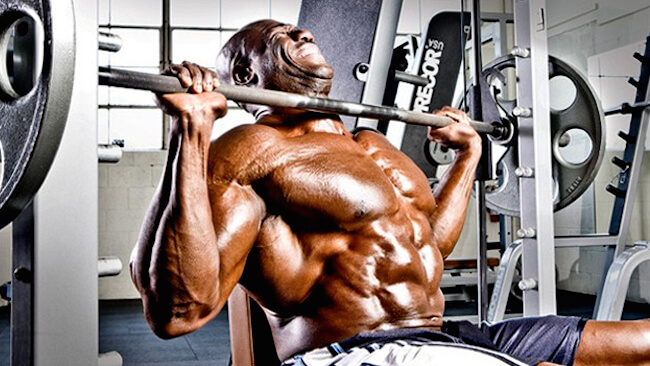 Every exercise has a place in a workout. And, the machine assisted exercises have their place later in the workout. Early in the workout, you should solely focus on free weight overhead presses, whether with dumbbells or barbell, whether standing or seated. The free weight presses are more difficult to control than the machine presses, which means more stabilizing muscles are engaged while doing free weight overhead presses. Of course, this would come at the expense of weight and reps. But, for the optimal muscle development, it is important that you do the harder exercises early on in the workout, before fatigue sets in. In fact, fatigue makes it necessary that you do the most difficult exercises in the start. The machine version is ideal for working your shoulder muscles later on as you have to only worry about pushing weight overhead. 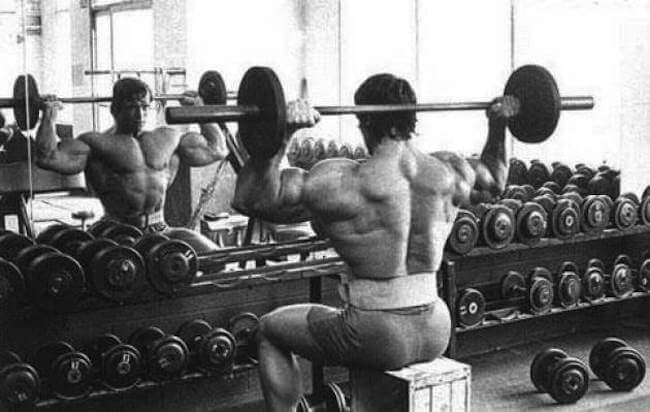 Okay, it is important to train hard and to lift heavy weight. Yes, going for heavy weights and low reps will help you build stronger and bigger shoulders. However, doing the heavy behind the neck presses aren’t a great idea. Not only it will cause neck problems, it also makes your shoulders more susceptible to injuries. At the bottom of the motion, when the barbell is behind your head, the shoulder muscles are in their weakest anatomical position. And, lifting heavy weight significantly increases the risk of a muscle tear. And, placing the barbell on the ridge behind your neck will put unnecessary burden on the neck and vertebra, further increasing the risk of serious spinal cord injuries. 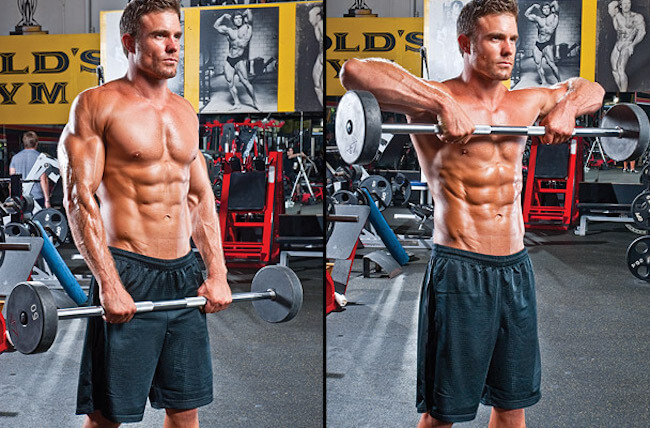 The overhead presses aren’t the only multi-joint exercise that you can include in your shoulder workout. The upright rows fall in the same category. Of course, the proper form is absolutely necessary. The barbell should be grabbed with moderate-width grip, the upper arms should go directly out to your sides. This is a good middle-delt exercise. Along with working the middle delts, it also engages your upper traps. It is just as effective as lateral raise exercise is, in targeting the middle delts. You can do the upright rows after the overhead press or later in the workout, when you are going to work your trap muscles. 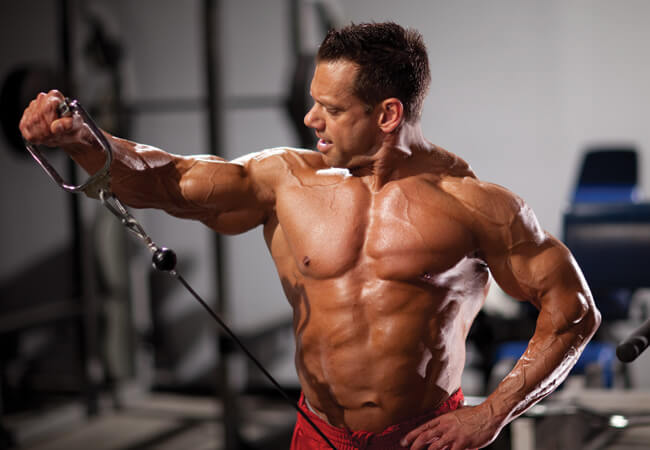 However, with the isolation or single joint exercises, you have to be careful about the form. The isolation exercises should be done in the upper end of the bodybuilding rep range, which is 10 to 12 reps. You can’t go lower than 8 reps. You can’t lift heavier weights in these single joint exercises as it will put a lot of stress on your elbows. Also, heavy weights make it difficult to do the exercise with the right form. 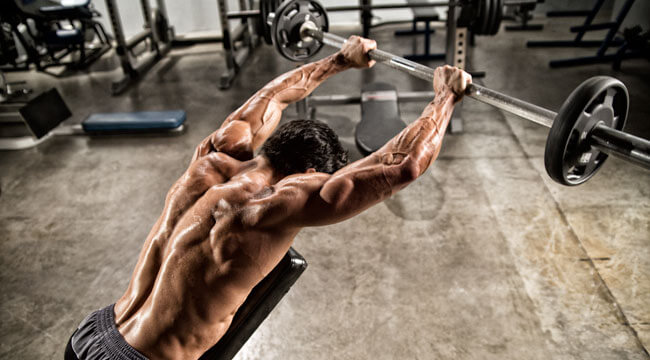 The front or the anterior deltoids are engaged when you raise your arm in front of you. The front raise exercise simulates this motion. You can do this exercise using dumbbells, barbells or a cable machine. Also, you can do this exercise while standing or seated and can be done with one arm at a time or both. The front delts are worked while doing the overhead press as well. However, the front raise is the best exercise to isolate the anterior delts. You can opt to do it just after the overhead press. 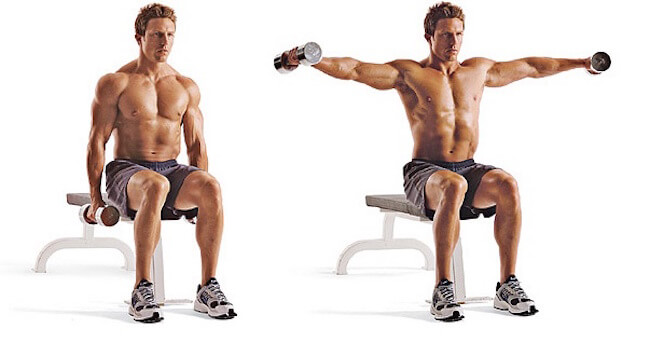 The lateral raise is an isolation exercise or a single joint exercise in which you raise your extended arms directly out to your sides to target the middle delts. The middle delts are responsible for the movement in the lateral plane, which is why this exercise is called lateral raise movements. Please don’t confuse middle delts with lateral delts or medial delts because the latter two are non-existent. Lateral raises like front raises can be done while being seated or standing, with one or both arms at the same time. They can be best done using dumbbells, cables or a machine. Although some bodybuilders do barbell lateral raises, it would be better to stay away from them as this version of the exercise can be difficult to control.

While doing this exercise, you should extend your arms directly to your sides. Also remember, you shouldn’t lock your elbows out during any stage of this exercise. It can put a lot of strain on the elbow joints. 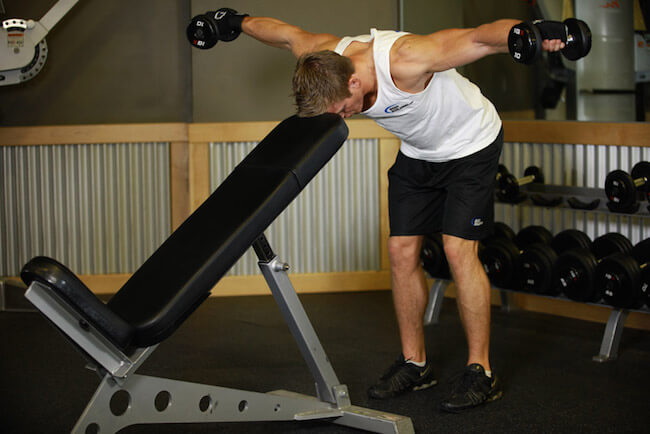 The bent over raises are an excellent exercise to hit the rear or posterior delts. To do this exercise, you will have to bend over with flexed knees and extend your arms from a position down below your body out to your sides. This exercise is similar in form and starting position to other multi-joint exercises such as dumbbell rows. However, the target muscles are completely different. While, the bent over raises predominantly engage the rear delts, the dumbbell rows mainly target back muscles and rear delts are engaged as stabilizers.

You can also opt to work your posterior delts on a reverse pec-deck machine. All you have to do is to sit facing the machine, which is the reverse of the position you take to do machine fly. This exercise is perfect for those who find it difficult to master the form in bent over raises. Also, it is easier to do for the beginners. 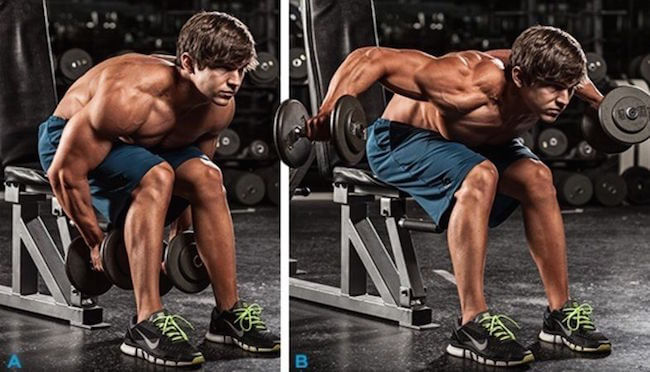 The asymmetrical development of the shoulders can be easily noticed. In fact, lack of symmetry is nowhere more apparent than with the shoulders. If you are mostly focused on building a big chest, then you might have overdeveloped the anterior delts as the pressing motion engages the front of the shoulder as well. The middle head can be developed with all the overhead pressing you have done. So, usually, the rear delts are underdeveloped. The smaller posterior delts can be easily noticed in the mirror. Also, lack of rear delts development increases the risk of future rotator cuff injuries.

The best way to address the lingering imbalance in muscular structure is to do isolation exercises targeting that particular area first. For example, if you feel your posterior delts are lagging, you can opt to do bent over raises just after the overhead press. Another option is to do another single joint exercise to develop that particular area. To ensure that all three shoulder heads are developed equally, you can opt to do the exercises for all three in rotation, which means one day, you should start with front raise, another with lateral raise and another with bent over raise. If you continue to work one area in the last in the workout session, the chances are that with time, it will begin to lag behind others. 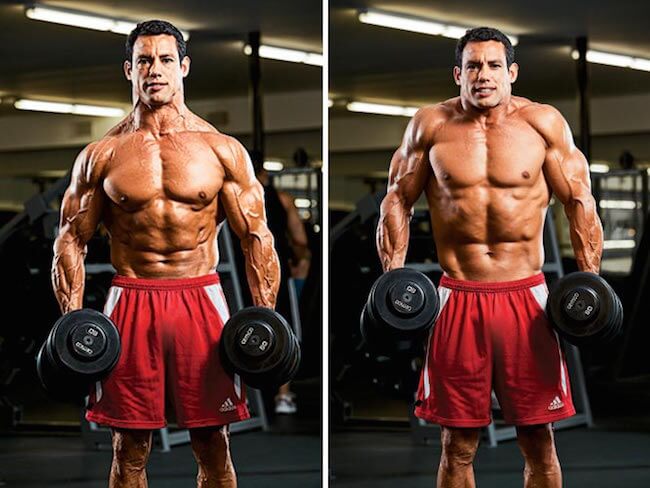 Some people make a serious mistake of not doing shrugs in their workout. Building big trap muscles can do wonders to your overall appearance and can lend balance to the upper body. Some believe that as the traps are engaged in overhead presses and lateral, so they don’t need to do specific exercise for it. Like every other muscle, you need to do isolation exercises to activate the trap muscles completely. And, it isn’t that difficult. All you have to do is shrug, which is arguably one of the simplest exercises around. 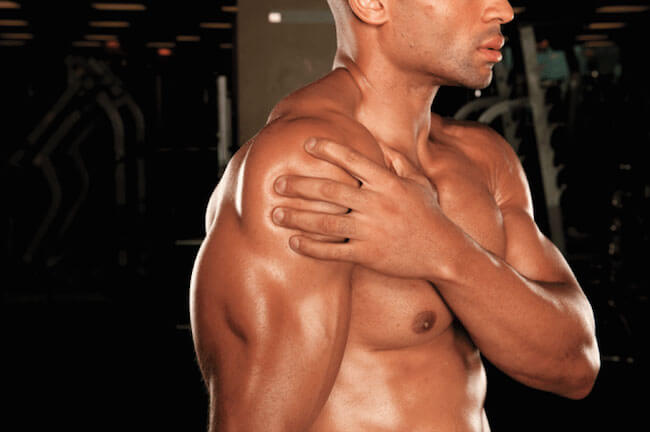 Shoulder pain is inevitable if you are doing shoulder presses for a long time. Depending on the severity of the pain, you can opt to change the exercise or can even opt to use a different equipment for the exercise. For example, instead of using the barbell for the shoulder press, do dumbbell presses, which allows the shoulders to work in a more natural, possibly pain-free range of motion. If the pain persists, then the chances are that you have serious problems, which can range from inflammation to impingement and tendinitis to rotator-cuff damage. You should consult a specialist to get necessary help to alleviate pain.