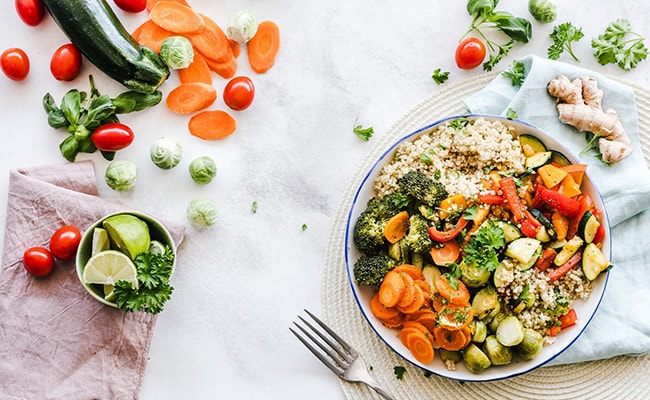 Are you feeling burdened by some extra weight that won’t come off? If you’re looking for ways to melt fat fast, you have several options. While there is no magic fat-burning pill, there are realistic, quick ways to slim down.

If you don’t have the time or physical ability to exercise to drop fat, consider getting liposuction. This procedure has been around for decades and is actually quite common. Most people have liposuction done to remove fat from their hips, thighs, and arms.

If you’d like to try liposuction, contact a doctor in your area to find out more about the types of procedures they offer.

The keto diet has become a popular diet to the point of almost being a fad. Technically, it’s not a fad, it’s a dietary protocol that puts your body into ketosis.

When in ketosis, your body produces ketones and begins burning fat for fuel rather than carbohydrates. This triggers your body to use up stored fat for fuel, which results in fat loss.

Keto produces results pretty fast, but you have to first get into ketosis and then make sure you stay in ketosis. It’s easy to bump yourself out by eating too many carbohydrates.

Generally, men will stay in ketosis while eating no more than 30g of carbs in a day, while women tend to be pushed out of ketosis above 20g of carbs per day.

What do you eat on the keto diet?

The keto diet is one of the most misunderstood diets. Contrary to popular belief, keto is not a diet that requires consuming large amounts of fat and meat.

Keto is not simply a “high fat, low carb” diet. While many people do consume large amounts of fat, the nuance of this diet has been lost. As a result, many people do the diet incorrectly.

Keto is a diet of ratios, not calories. For instance, you don’t need to eat 1,500 calories of fat each day to get results, although most people eat that much or more. Eating extra fat doesn’t make you lose additional weight – it keeps you full so you’re not tempted to snack.

Generally speaking, you want to consume 75% fat, 5-10% carbohydrates, and 5-10% protein. Most people calculate these ratios based on a 2,000 calorie diet, but many people find they don’t get hungry enough on keto to eat that much food.

If you choose to do keto, try different amounts of food depending on your appetite. Just make sure you stay within the guidelines for carbs and protein. You won’t get kicked out of ketosis if you eat too much fat, but you will if you eat too many carbs and too much protein.

Junk food tastes so good, but it’s terrible for your body. There’s hardly any nutrition in junk food, mostly because it’s been processed so much that all the nutrients are long gone.

There are also chemicals in junk food that cause weight gain. Many people call these chemicals obesogens, and they can also come from food packaging, cookware, and plastic dishes.

Sugar is one of the biggest culprits that prevent people from losing weight. However, sugar is just about everywhere. To cut sugar out of your diet, you’ll need to become highly selective regarding the foods you eat and the beverages you drink.

When you stop eating sugar, if you’ve been consuming a lot, you can expect to drop some serious weight pretty fast. That’s what most people experience, but the results vary.

Although fat loss is a process, it doesn’t have to take forever. When you need to lose fat quickly, you can do it with the right protocol and solid dedication.