The size is a symbol of power. We have seen Arnold Schwarzenegger, Jay Cutler, Frank Zane, Flex Wheeler and Phil Heath exert that power with their muscle packed and chiseled physiques. We have seen the crowd pull their breath in and swoon at the mere sight of that power. And, many of us toil for hours in the gym to gain that power.

We follow every fad diet trend that appears in the market, follow every training method that is recommended by almost anyone. And, there lies the paradox, the more eager we are, the farther we are from our goals. So, what should be done? The best option is to follow reliable ways that are backed by years of research, anecdotal evidence and have foundation in sound logic. And, here are seven such training tips to pack on size. 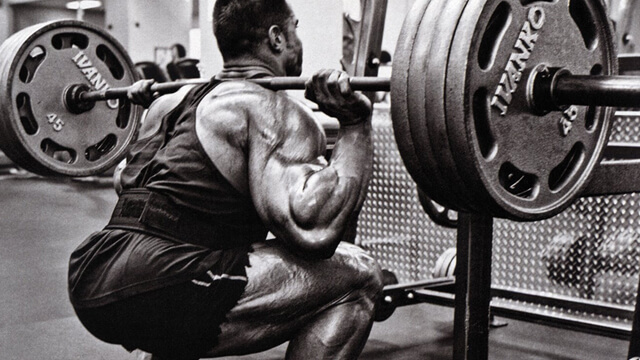 There is a good reason behind squats’ title of the ‘king of all exercises.’ The traditional back squat builds muscle mass all over your body and takes your overall strength to new levels. It is reported that doing squats involves hundreds of muscles in the upper and lower body, some of them act as primary movers, while other work as stabilizers. It is the only lower body exercise that works all lower body muscles at the same time – quads, hamstrings, glutes, and even calves. The several studies have revealed that as squat works so many muscle fibres at the same time, it boosts the growth hormone more than any other exercise. The increased levels of growth hormone means greater muscle growth.

The squats are also helpful in getting lean and losing unwanted fat. How? Well, the involvement of so many muscles means body needs more calories. Also, it is a fact that more muscles you have, the more calories you will be burning while resting. And, you must have already read, squats builds most muscles. 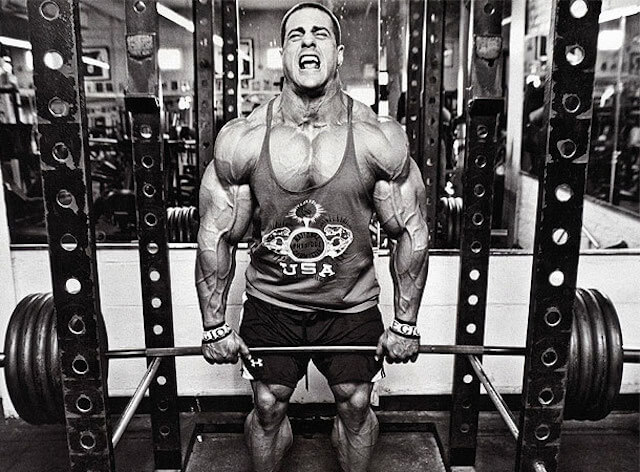 If squat is the premium muscle building exercise, then, deadlift is best for gaining strength. No other exercise has more extensive and longer kinetic chain than the deadlifts. The kinetic chain refers to the musculoskeletal components involved between the base of the support and the load being moved. In deadlifts, the load is on your hands, while the base of your support is your feet on the ground. So, everything that lies anatomically between them will work during the motion, which means your legs, hips, back, lats, arms and core are all worked at the same time. Also, as deadlifts doesn’t have any spring-like movement, therefore, you won’t be able to use momentum to do the exercise, which means that the targeted muscles will strain to the maximum to lift the weight off the floor. 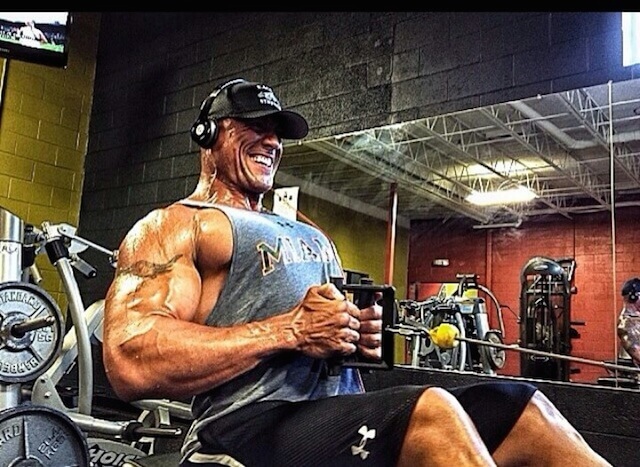 It is an established mantra that you need to train in 8-12 rep level to add inches to your muscles. However, if you want bigger gains and want to break out of the plateau, you have been struck in for a long time, then the low reps are the way to go. The low reps, which ranges from 1 to 6 are often seen more suitable for powerlifting than bodybuilding. But, the low reps can also work wonderfully for those looking to pack on mass. The low reps work in a unique way to make body stronger and bigger. They make your nervous system more efficient by giving your stressors a massive shock. Every movement requires more muscle tightness and more intense focus. Also, more muscle fibres are employed and the body turns off antagonists (or opposing muscle groups) as well. 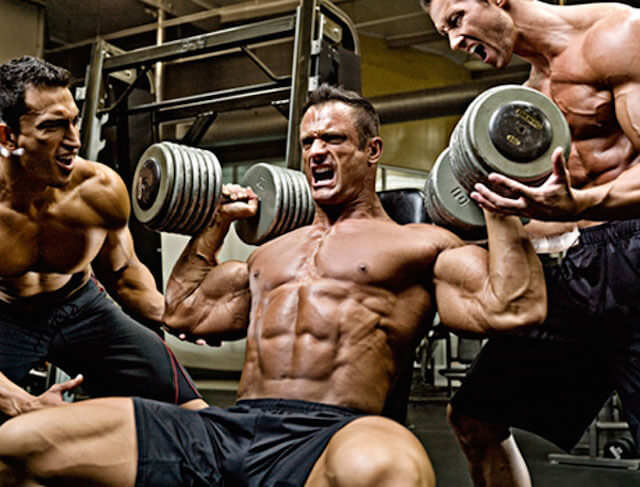 The cornerstone of the bodybuilding is constant overload. Only by constant overload, you can guarantee an effective muscle growth. The resistance or the load against the muscle must be large enough to impose a demand on the body. So, what’s the better way to impose demands on the body than placing more load than it can lift on its own? The forced reps are also backed by science and research. In a research conducted by the Finnish scientists to check the impact of forced reps on muscle growth, it was found that those who used forced rep in all eight set of a leg workout had better levels of growth hormones. In fact, the level of growth hormone in those who performed forced reps was three times more than those who performed straight sets. 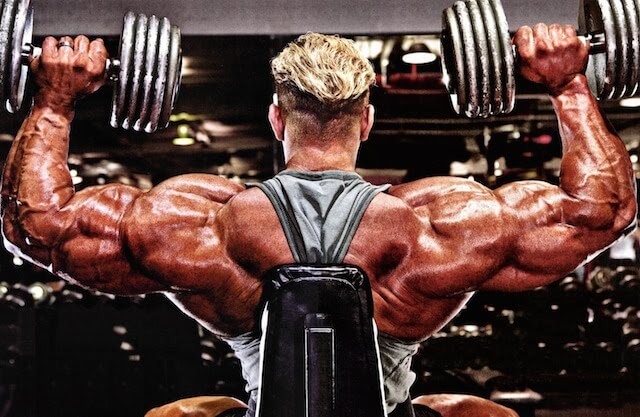 The majority of lifters usually lift the weight at one constant speed irrespective of the exercise. However, switching your speed, by either slowing it down or moving it faster, you can stimulate your muscles more effectively and can maximize your muscular gains. The slow rep speed can help in increasing the muscle mass. It has even been backed by a research conducted by the University of Sydney. The research found that the group doing slower reps made better gains in bicep size than those doing faster reps. So, to gain the muscle mass, keep your movement slow and controlled.

However, if your training aim is pure strength. Then, the same research proves that the opposite approach could be more useful. The researchers found that those doing faster reps reported nearly ten percent better strength gain than those doing slower reps. 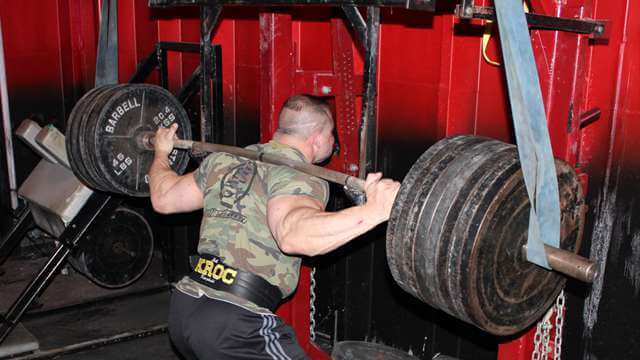 If you are struck in a rut and are finding it impossible to add mass or increase strength by the traditional training methods, then it is time to add something new to your workout routine. And, resistance bands are perfect for it. In fact, a study published in the Journal of Strength and Conditioning Research has backed the fact that the bands could improve the quality of a bench press by changing the load over time. In the study, it was found that the group which didn’t use bands benched 85% of their max. However, as the distribution of force wasn’t even for those using bands, therefore, the actual weight was less than 85% of their max at the bottom of the bench press and more than 85% at the top of the range of motion. 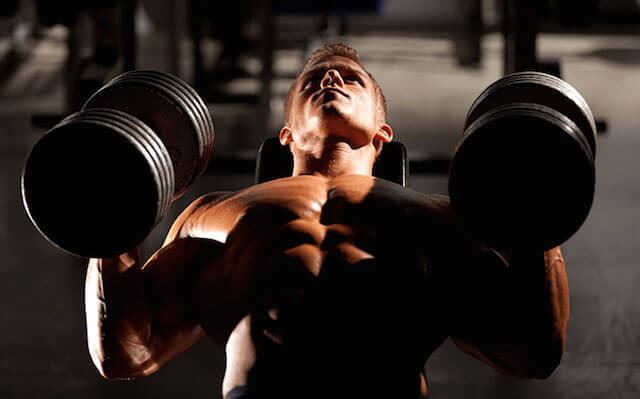 Our body always adapts to the outside challenges. That is the beauty of a human body. So, even if you are lifting heavy weights and using the right repetition range, the chances are that sooner than later, you will hit the plateau as your body will get used to strain, it is being put under. The best way to ensure that you don’t get struck in such a rut is to lift progressively. If you benched 100 pounds this week, try to add 10 pounds next week. Add further 10 pounds a week after that and so on. This same training mantra can be used for training other body parts as well.

Progressive lifting ensures that your body doesn’t get used to weight you are lifting and will keep on growing bigger and stronger. The additional weight tells your body to grow more muscle fibres to keep up with the load. 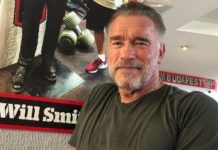 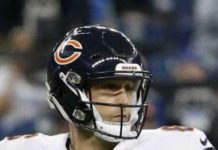 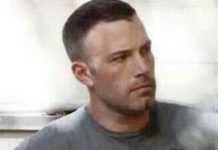