The knee pain and problems can easily spoil your workout plans and depending on the severity, it can even make it impossible for you to move around without pain. And, for all of us, for whom the workout routines and physical challenges are way of life, the thought of even missing our favorite fitness class is worse than a nightmare.

And, it is not that we are not careful and we don’t take all the measures necessary to protect knees. However, the sad fact is that small things can put your knee at the risk, the small movements in your workouts, of which you aren’t even aware of could be detrimental for your knee health. The majority of knee problems are due to bad form while doing CrossFit, Yoga or any other type of workout.

So, the first step towards protecting your knees is to know what you might be doing wrong in your workout routine. And, for that same purpose, we have listed seven workout routines that are secretly causing knee pain. 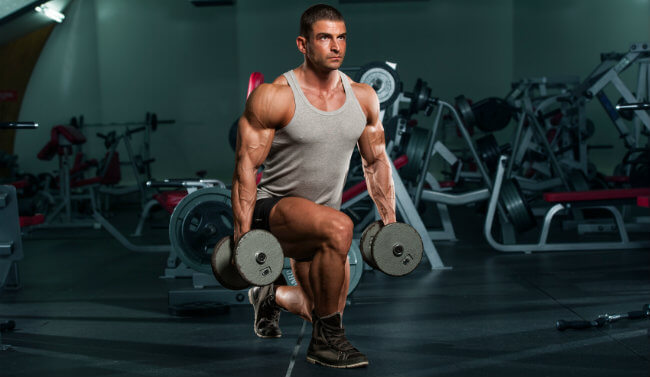 It is often assumed that squats can cause knee problems, but no more than the lunges. The lunges done with wrong form and sometimes too frequently can lead to irritation of the knee cap. This is because the poor form leads to poor alignment, which subsequently puts stress on the knee joint. The past knee injuries, poor core strength and tight muscles can also cause knee pain during lunges. And, if the pain persists even after improving the form, strength and flexibility, then it is the time to consult a specialist.

The best way to ensure that your knees are safe while doing lunges is to strengthen your quads, hamstrings and hip muscles. The leg muscles play a key role in stabilizing the knee joint during the exercise. The stronger they are, the more burden they can absorb, thus, reducing the load on the knee joint during the whole movement of the exercise. Having said that, there is no substitute of doing lunges with the right form.

The front knee should be in line with the ankle. At no point in the exercise, the knee should go extend past the ankle. The back knee should go straight down towards the ground in line with the hips and shoulders. The upper body should be upright, the gaze locked straight ahead, the abs flexed and shoulders down. The body shouldn’t slump forward as it puts unnecessary stress on the front knee and can also cause imbalance in the posture. The entire weight should be on the front heel and the big toe, the back foot should be used solely for the balance. The lunges shouldn’t be done more than three times a week. Each session should be between 10 to 15 minutes depending on your fitness level. And, never go for the advanced lunge variations such as lateral lunge, without feeling comfortable and mastering the regular lunge. 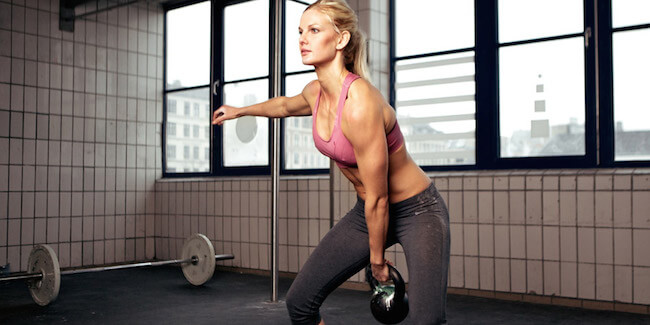 Doing too many intense fitness routines ranging from boot camps to CrossFit can put too much stress on your knees. The joints have to bear the brunt of too much burden and poor form. The specific components of these workouts such as jumping can put concentrated stress on your knees. During jumping, the patella presses against femur with a force of up to 12 times of your bodyweight, whereas walking on a leveled ground puts the force of 1.2 times. Although, your joints have cartilage and fluid sacs to withstand such stress, but putting that stress too frequently can be too much for the shock absorption mechanism of your knees.

The technique is the most important thing. Without a proper technique, you run the danger of getting injured in simplest and lightest exercise routines, let alone high impact and stress routines such as squats and lunges. While strength training, always be extra careful of getting the form and technique right, even if you have to lighten the load you are lifting. During every movement, the feet should be firmly anchored on the ground, the core should be flexed and shoulders back and down. And, mix the workout sessions, never work same muscle groups daily. The high impact and high intensity full body workout routines such as CrossFit should be ideally done every other day, especially when you are just starting out. 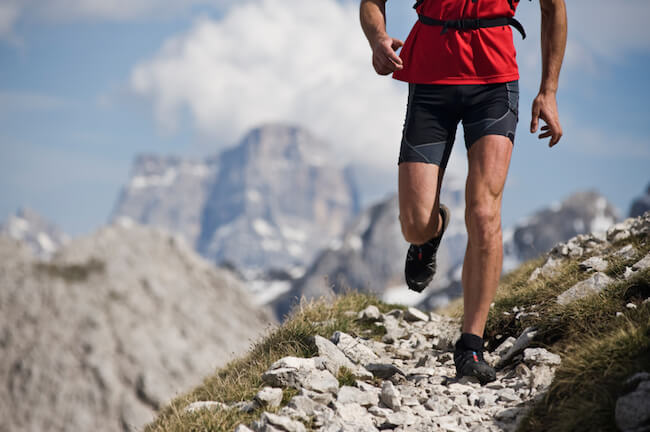 Too much running on the elevated surface, whether it is hills or elliptical machine, can be too stressful for your patella. The running on an elevated surface put too much burden on the quads which subsequently puts more load on the knee cap and front of the knee. It doesn’t mean that you should give it up completely, just ease on it.

In case, you are suffering from pain while running downhill, the chances are you might be suffering from iliotibial band syndrome, also known as ITB syndrome. It is caused by frequent flexing of the knee that in turn irritates the iliotibial band. The iliotibial band is a thick, fibrous tissue that starts at the hip, runs the length of the leg and crosses over the knee. The inflammation of this band feels like a dull ache initially, which later turns into sharp pain across the knee cap. To cure the ITB syndrome, you should consult a specialist. Placing ice on the knee can be helpful in alleviating pain.

The runners should prepare for the hill work by focusing on quad and hip abduction strengthening. The leg extensions and squats can strengthen your knees. Side leg raises and squat walks target gluteus medius, the muscle responsible of swinging legs out to the side. Start hill training routine only after you have strengthened your lower body. And, even after that, never go for hill running daily, every other day is fine. Don’t do too many sessions. Another option would be to try running on the raised treadmill. This will build your strength and will help you gauge whether you are ready or not. And, hey, watch out for those stones. 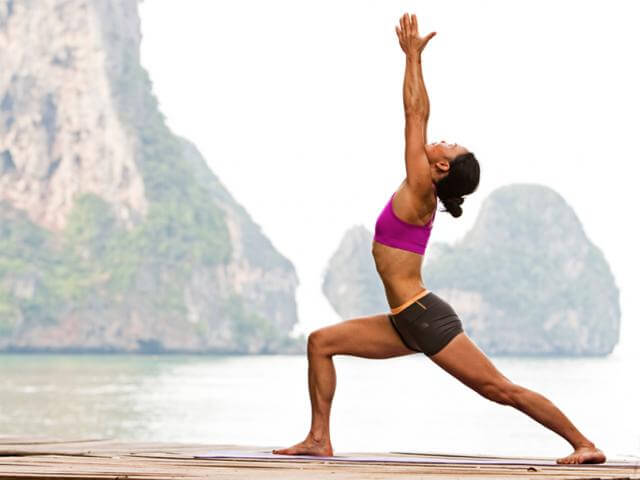 Yoga is known for its healing powers and ability to restore your body and mind. And, whatever perceptions you might have about yoga, there is no denying that yoga is a rigorous physical routine, the one which done with wrong form and in a wrong way can cause injury and long term muscle problems. In terms of knee pain and injury, the warrior pose, pigeon pose and inverted triangle are the worst culprits. The warrior pose, which is essentially a lunge can prove to be especially problematic if done with the wrong form. While doing this pose, people often don’t have enough hip support and let their knee roll in, which puts undue pressure on the knee cap.

Join a smaller class, where you can get the necessary attention of the yoga instructor. Or, in case, your daily schedule doesn’t allow you to join a smaller class, then place yourself closer to the instructor to learn the correct technique and form for every movement. The form is essential in avoiding injuries and will also help you get the most out of your workout. And, in case you have a problem in understanding your instructor or doing yoga at home, then it would be advisable if you check out the form of yoga poses on YouTube. There are tons of stuff on yoga that could help you out. 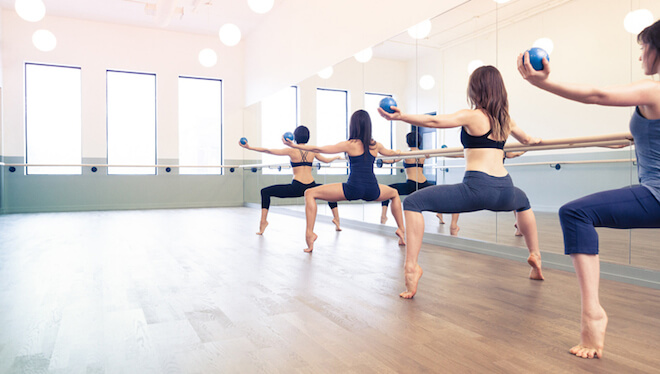 The ballet inspired barre workout routine has gained significant fame over the past couple of years. The premise is that if you train like a dancer, you get a body like a dancer. However, the problem is that most don’t have the agility and flexibility to do the dance inspired moves, especially the beginners. In fact, in a Barre class, you will often see that many people doesn’t sit deep enough into the squats because it hurts their knees. And, I would say it is a smart thing to do. If the squats or plies are hurting your knees, then go down only as far as you are comfortable. There is a massive difference between tiring your muscles and hurting your knees.

Modify the moves so that the stress and burden on the knees is low. For example, while doing plies, don’t aggressively tuck your pelvis, instead opt for a neutral position that is easy on your knees. Also, turn your feet out as much as is comfortable. While doing the deep knee bends, go only low if you don’t feel any pain. Similarly, while doing the diamond pose, you can readjust your feet into a narrower V-shape that will take pressure off your knees and will put more work on your thighs. You can also refrain from the knee press portion of the exercise and can decide to hold a still posture instead. 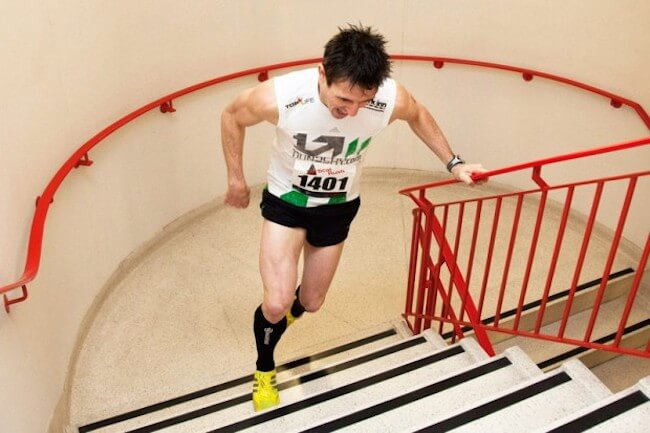 Taking the stairs challenge can be overall pretty beneficial. Not only, you can torch fat without taking time out of your daily schedule, but you can also get an effective and serious leg workout. And, the tower climbing races are fun as well. But, before doing either of the two, you need to prepare your legs to take the burden of the challenge. The most important leg muscle you need to strengthen is the quads. People often suffer from sore knees after taking the stairs climbing challenge because their quads aren’t strong enough to support them, which puts stress on the knee joint. Like climbing hill, the stairs also places an extra load on your knees, which can be as much as 3.5 times your bodyweight, when climbing the stairs and around five times your bodyweight when going down.

Beef up your major leg muscles such as quads and hamstrings. These muscles along with other minor muscles are responsible for giving support to your knees while climbing the stairs. And, as has been said before, the stronger the thigh muscles, the lesser burden will be there on the knee joint. Doing straight leg lifts, hamstring curls, wall squats, single leg dips and other stabilizing exercises can be helpful. And, remember too many and too frequent concept applies to tower climbing races as well. 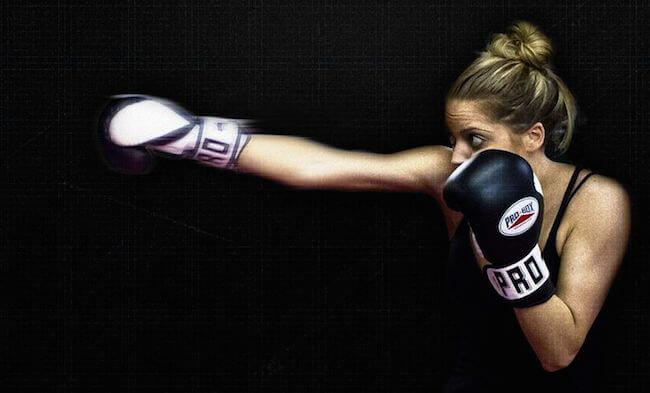 The chronic knee problems and kickboxing doesn’t sit well together. With your fragile knees and its chronic problems, you won’t even last a proper kickboxing session. The limbs will be twisted, would be pulled into difficult movements and you would be moving in a completely new way, so you need to have stability. You should be in a good shape and your muscles should be strong enough to carry the burden of kickboxing routines.

Before you sign up for a kickboxing class, you have to ensure that your stability and balance is up to the mark. You will also need to have strong core, to do the explosive movements that are characteristic of the kickboxing sessions. Only if your fitness level is at least above intermediate and have done weight or strength training, you should consider joining kickboxing. And, if you feel you aren’t up to the task, then it is better to shape up first. You can check whether your balance is up to the mark by doing the single leg squats. Also, train your core and glutes by doing planks and bird-dogs. The side planks can be helpful as well.