Alejandro Sanz is a Spanish musician, singer, and composer, best known as the winner of numerous awards such as the Latin Grammy Awards, Grammy Awards, and winning a Latin Grammy for “Album of the Year”. At the age of 19, he released his debut studio album Los Chulos Son Pa’ Cuidarlos (1989), which went relatively unnoticed. His 4 next albums – Viviendo Deprisa (1991), Básico (1993), Si Tú Me Miras (1993), and 3 (1995) fared well commercially, but his 5th studio album, titled Más (1997), brought Alejandro a greater international success. His 6th studio album, El Alma al Aire (2000) sold more than a million copies within the 1st week, and in 2002, he recorded and released his 2nd live album, MTV Unplugged, which made Alejandro the 1st Spanish artist to achieve that feat.

In 2005, Alejandro was skyrocketed to worldwide recognition by his collaboration with singer Shakira on their single La Tortura, that reached number 1 on multiple worldwide charts that year. He also recorded and released studio albums No Es lo Mismo (2003), El Tren de los Momentos (2006), and Paraíso Express (2009), before being signed by Universal Music Group (UMG), and releasing his 10th studio album – La Música No Se Toca (2012), followed by Sirope (2015). On April 5, 2019, he released his 12th studio album, titled #ElDisco, which featured a track Mi Persona Favorita in collaboration with Camila Cabello. Alejandro Sanz has a massive worldwide fanbase, with more than 20 million followers on Twitter, more than 7 million followers on Facebook, more than 5 million followers on Instagram, and more than 2 million subscribers on his YouTube channel.

Alejandro Sanz is represented by –

He is of Spanish (Andalusian) descent.

Alejandro Sanz has endorsed his own clothing and accessories store via OnStage Merchandising.

Alejandro has appeared in TV commercials for –

Alejandro Sanz made his first feature film appearance as himself in Febrero. Cuando la Vida es Carnaval in 2009.

Alejandro Sanz made his first TV show appearance as himself/musical guest in an episode of the talk-show Primero izquierda on December 12, 1991.

Alejandro hasn’t shared information about his workout routine, but he does work out regularly to stay in shape. In February 2017, he announced that after being becoming interested and doing enough research, he began following a vegan diet. 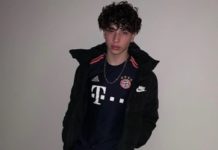 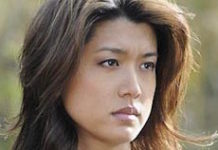 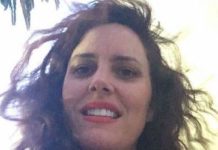