Alexandre Lacazette is of Guadeloupe descent.

He has done endorsement work for a number of brands such as Microsoft Store UK, Nike Sportswear, Xbox UK, and Beats by Dre. 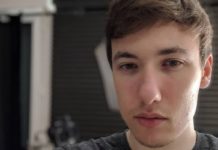