Lora Allison Hunter also known as Alorangel, is a Christian songstress who is a believer in Christ. She is blessed with a transcendent singing voice and music that sold millions of units around the world and has also topped international charts. There was always this inspirational spark in Alorangel that has now been showcased worldwide. But before she became so well known as a performer, singer, actress, lyricist, and music producer, she was dealing with homeschooling when she was a teenager so that she could do her major in animation which she had chosen when she was 13 years old. She later graduated from a university in Ohio, earning her degree in Digital Media Design and Animation. She then had the option to choose between science and 2D-3D Animation and she soon came to the conclusion of choosing the latter.

While she was undergoing her studies, she was also inspired to commence doing music. She was in awe over her father’s natural ability to play the guitar that she too wanted to start with something new and different. But most of all, having music that is fresh to the ears. This is where her musical journey began to take the toll.

Little did she know, that her first major hit track, “Lord You Are Everything To Me,” would soon be well known around the globe, having been sold massively in digital copies. Ever since then, she has gained as much experience as she could in just a short time when she began her music production in early March 2018. She is officially Vevo and MTV Italy certified. 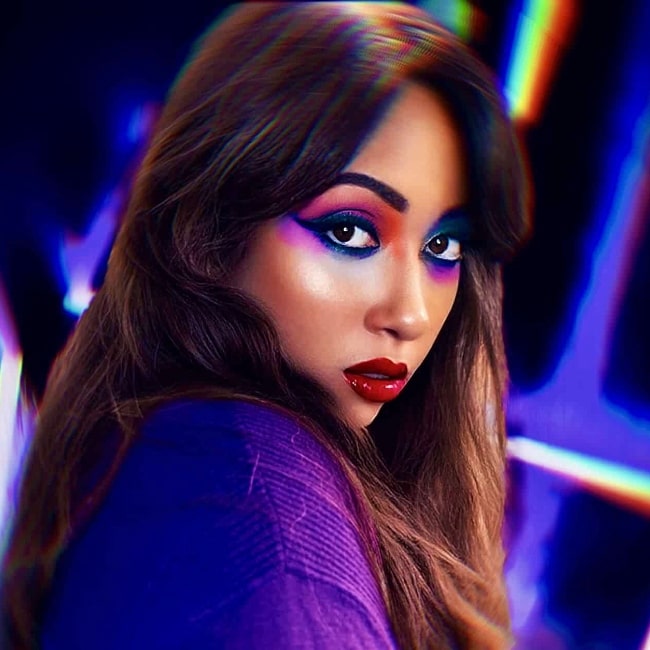 She is of Filipino, Spanish, and Chinese descent on her mother’s side while she has mixed German and English ancestry on her father’s side.

Being an actress and singer, she is best known for her music production and rare to the unmatched vocal style

Alorangel undergoes independent exercise training to keep herself trim. Because she specifically watches her diet plan and tries to keep her meals as healthy as possible in moderation, she has a lot of energy to burn.

She does intense brisk walking and running as a part of her major exercise routine on a daily basis. She tries not to overly consume on her calorie intake but tries to keep consistency to maintain a well-balanced healthy diet.