Andrea Pirlo is an Italian professional football coach and former player who is best known for being the head coach of Süper Lig club Fatih Karagümrük. He is known for his vision, ball control, passing, technique, creativity, and free kick ability. Andrea had played for teams like Brescia, Inter Milan, AC Milan, Juventus, and New York City FC in the past. In May 2018, he announced his retirement from professional football and later started serving as the head coach of Serie C club Juventus U23 in July 2020. During the course of his career, he has won several tournaments such as Serie A, Coppa Italia, Supercoppa Italiana, FIFA Club World Cup, UEFA Champions League, and has been the recipient of honors like FIFA World Cup‘s “Top Assist Provider”, Serie A‘s “Footballer of the Year”, Serie A‘s “Midfielder of the Year”, and UEFA Super Cup‘s “Man of the Match”. 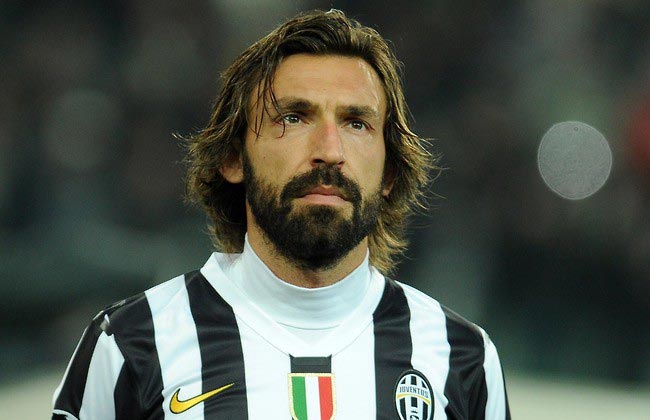 Andrea Pirlo started his football education at the local Flero youth side. However, it is not known whether the academy took care of his formal education as well.

After spending a couple of years at Flero, he joined Voluntas academy. Until the age of 15, he stayed with Voluntas and took part in several youth competitions to hone his skills and game.

He then joined the Brescia youth setup in 1994. And, it was at Brescia that he graduated to the senior team at the age of 16.

Throughout his career, Pirlo has worn 21-numbered shirt for his various clubs as well as the national team.

Andrea Pirlo has a long running endorsement deal with sports goods and wear company, Nike. He has starred in number of TV adverts for the brand over the years. Also, he has worked with Nike to produce his custom range of soccer cleats, titled Tiempo Pirlo. The brand has used Pirlo’s love for wine to create the footwear.

While at Juventus, Pirlo had also worked with the American automobile giant, Jeep. He was the star attraction of the campaign launched in 2013 by the company. However, it is not known that whether he retains endorsement deal with Jeep after leaving Italian club in 2015.

Plus, Pirlo started working with Polish producer Drutex as a brand endorser in March 2014. He has appeared at various industry Expo’s in Italy to represent the industrial giant. He has even done a photoshoot for the brand.

Pirlo played his first-ever professional match at the age of 16 for Brescia in a Serie A match against Reggiana on May 21, 1995.

On September 20, 2001, he stepped out for the first time in AC Milan’s strip in a UEFA Cup match against BATE Borisov as a second-half substitute for Massimo Donati.

His first competitive appearance for Juventus came in Serie A match against Parma in a 4-1 win at Juventus Stadium with Pirlo delivering two assists.

He made his debut for MLS club, New York City FC as a 56th minute substitute in 5-3 win against Orlando City at the Yankee Stadium on July 26, 2015.

His debut for Italy national team came against Azerbaijan in a Euro 2004 qualifying match on September 7, 2002, in a 2-0 victory.

He made his first film appearance in the short documentary film Me, Myself & Martin Laursen as himself. He hasn’t appeared in a theatrical film yet.

Apart from his appearances in matches for his clubs and country, he hasn’t made any TV appearance as of October 2016.

Andrea Pirlo has often shown his aversion for the gym workouts and training regimes. So, it is unlikely that he would be working with personal trainer for any workout apart from regular team training.