Anna Kournikova graduated from the Russian High School in 1997. She then got enrolled at the Russian University of Physical Culture.

Anna Kournikova was represented by –

Anna Kournikova had a lucrative endorsement deal with sportswear giant, Adidas. As part of the deal, she appeared in a series of commercials for the brand.

The other brands she has done promotional work for include –

She made her professional debut in the Fed Cup while representing Russia. She was 14 years old at that time, creating the record of being the youngest player to participate and win the match in the competition.

In 2000, she made her first film appearance in the role of a “Motel Manager” in the comedy flick, Me, Myself & Irene.

In a 1997 episode, she was seen on the talk show The Tonight Show with Jay Leno.

Anna Kournikova has a consistent and regular workout regime in place to keep her lean figure in shape. She hits the gym regularly to keep her muscles toned but she is not too hung up on it. So, even if she is not going to gym, she still makes sure that she is working out.

Having grown up with little access to gym and training facilities in the Soviet Union, Anna states that all you need is sneakers for a good running session. Also, you can get a good cardio workout by jumping rope for about 10 minutes.

When she hits the gym, she prefers to focus on the core to alleviate her back problem. She performs a lot of variations of planks and core exercises on the stability ball. If she has sufficient time, she tries to build a workout routine including squats, lunges and free weights.

When it comes to diet, she is a big fan of power breakfasts. She believes that a healthy breakfast should meet one-third of your daily energy needs. Her breakfast choices vary from French toasts with raisins to sesame bagels with two slices of mozzarella and one serving of a fruit.

Overall, she goes for 3 meals and 2 snacks per day. She doesn’t mind eating carbs in the day, however, after dusk, she sticks to lean and green. 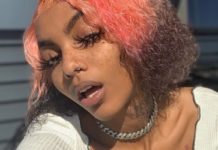