Martina Hingis is a Swiss former professional tennis player who is best known for being the first Swiss player, to win a major title and attain a world No. 1 ranking. She has participated in a variety of tournaments such as WTA Tour Championship, Hopman Cup, Australian Open, Pacific Life Open, Toray Pan Pacific Open, German Open, US Open, Qatar Ladies Open, Champions Tennis League India, Family Circle Cup, Miami Open, Fed Cup, and many more. She has been sponsored by brands like Yonex, Adidas, and Sergio Tacchini. During the course of her career, Martina has been the recipient of honors like the Laureus World Sports Award for “Comeback of the Year”. 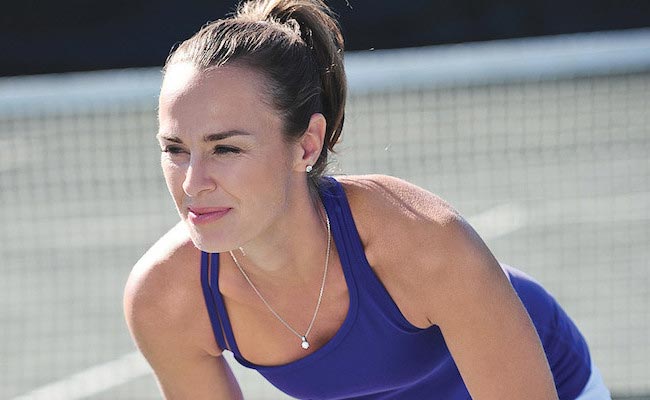 Martina was the spokesperson of Sergio Tacchini, a sportswear company.

From 1999 to 2008, she was sponsored by Adidas. Then, Yonex started sponsoring her for shoes and racquets.

She has been seen in commercials for Sanex, Tonic Apparel, etc.

In 2001, she appeared in American Express credit card print ads.

Martina played her first-ever professional tennis match in October 1994. She finished that year in the #87 ranking.

She first appeared in a short sports movie Martina II as herself in 1997.

In 2005, she again appeared in a sports movie Record Breakers as herself.

She eats healthily and does horse riding a lot to stay fit. Eating in moderation is her key to stay fit. She eats almost everything like fish, pasta, veggies, meat, salads, steak, etc. She also loves Japanese food. Martina eats red meat once or twice a week.

Chocolate fudge cake with vanilla ice-cream is one of her favorite desserts, but she eats it occasionally. Hingis made a rule not to eat carbs after 2 PM.

She also enjoys drinking a glass of champagne daily apart from chocolate.

To relax herself, she opts to have massages and physiotherapy.

Jogging on the beach or forest gives her best ideas. So, she regularly goes for a fast walk or a jog.