AshDubh is an English social media star, best known for his YouTube channel of the same name, which has amassed a fanbase of more than 1 million subscribers. He created the channel on December 3, 2012, and from the get-go, he started uploading videos related to gaming. At 1st, those were exclusively horror video games, before he moved on to games such as Minecraft, Grand Theft Auto 4, Mission to Mars, Sims 4, Spellbreak, Apex Legends, Grand Theft Auto 5, Fortnite, Roblox, Happy Wheels, among others. 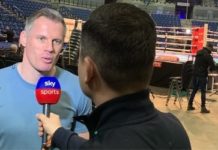