Baker Boy is an American rapper, dancer, artist, and actor who is prominently known for his unique and original hip-hop mix of English and Yolŋu Matha. However, he earned his place in the entertainment industry after winning the Triple J Unearthed National Indigenous Music Awards.

Baker completed his year 12 at the Shalom Christian College in Townsville, Queensland. Thereafter, he enrolled at the Aboriginal Centre for the Performing Arts in Brisbane.

Baker Boy is represented by –

He is of Aboriginal Australian descent. 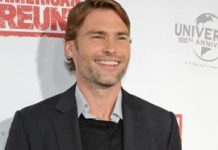