Daniel DiMaggio is an American actor who is well known for his role as Oliver Otto in the series, American Housewife. He has also been cast in several films such as A Tiger’s Tail (2014) and Tales of Halloween (2015). His parents also hold the credit to his rise to prominence as they themselves are Hollywood actors. Daniel is also an avid social media user and has over 25k followers on Instagram.

Daniel studied at the Los Feliz Charter School For The Arts in Los Angeles.

Daniel prefers to keep his love life away from the spotlight.

Daniel has not endorsed any brand yet.

Daniel made his feature film debut appearance as Tom Murphy in A Tiger’s Tail in May 2014.

He made his first TV show appearance as Young Michael Westen in the action-drama series, Burn Notice, in 2013.

In 2014, he made his TV show debut as a voice actor by voicing the character of Brady in the animated series, Clarence.

He maintains his lean physique by opting for an active lifestyle. He participates in various sports like basketball and baseball which account for a good full-body workout. Daniel is also a ballet dancer and, hence, has a healthy physique. 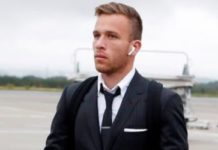