He also took a study abroad program course from The School of Field Studies to become a field biologist in Alaska in 1986 and Kenya in 1985.

In 1987, he got enrolled in the prestigious Harvard University, where he studied filmmaking. He graduated from Harvard in 1991 with a major in social anthropology. He also earned an MFA degree in directing in 1992 from AFI Conservatory.

He is of Jewish descent.

Darren himself has not endorsed any brand, only directed numerous famous commercials.

He made his first film appearance in an uncredited cameo in 2000 drama film Requiem for a Dream.

His first film in the capacity of a director was Pi in 1998. 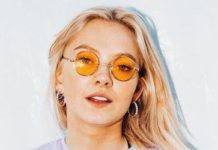