Darrin Pfeiffer is an American musician, singer, band manager, record producer, radio personality, and TV personality. Darrin is best known for playing drums in punk rock bands such as The Salads starting in 1993, Goldfinger between 1994 and 2016, and as a fill-in for Sum 41. He also co-hosted a radio show, The Dangerous Darrin Show on Idobi Radio Network starting in 2015.

He also attended Musicians Institute in New York City, New York, United States between 1992 and 1994 but also dropped out.

Note: In 2019, Darrin revealed he was married to a woman but kept her name private. 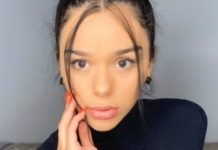