Derrick Rose is a basketball player who plays in the National Basketball Association (NBA) for Minnesota Timberwolves. In 2011, he became the youngest player to get titled with the “NBA Most Valuable Player Award”. Derrick who plays as a ‘Point Guard’ has three older brothers. Representing the USA, his team won a Gold medal at the FIBA World Cup in 2010 and 2014 respectively.

Derrick Rose owns a multimillion condominium in the Trump Towers in Downtown Chicago.

In 2003, Derrick Rose got admission at the Simeon Career Academy. After completing his high school education from the academy, he got enrolled at the University of Memphis Tigers on a scholarship.

Derrick Rose is represented by

In December 2011, Derrick Rose extended his existing endorsement deal with Adidas with a new deal worth $250 million for over 10 years.

He has also done endorsement work for Chicago based Giordano’s Pizza. He is also the part-owner of the eatery.

The other brands and products endorsed by Rose include –

His high profile stint with the NBA giants Chicago Bulls. He especially sparkled in the early phase of his stint with Bulls, during which he managed to win multiple selections in NBA All-Star team. He struggled with knee injuries thereafter.

He made his professional basketball debut in the 2008-09 season.

in 2008, Derrick Rose made his first TV show appearance on the sports talk show, Rome Is Burning.

In a bid to take care of his injury troubles, Derrick overhauled his training regime. He opted to adopt a more well-rounded training plan to keep himself fit and in top condition. He still works hard on the court, giving his everything in various game-related drills.

He plays the game regularly to work on his endurance and conditioning. He also works on stabilizing muscles that are key in injury prevention. He has started doing yoga about once or twice a week. He sprints outside to improve his explosiveness and speed. Plus, when he has time, he heads out for hiking.

Overall, he tries to keep his body guessing. 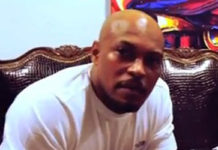