Devin Sola is an American musician, fashion line creator, and social media star best known as the bassist for the American heavy metal band Motionless in White between November 27, 2011, and May 4, 2018. He 1st appeared with the band on a tour in 2011, after a previous guitarist, Thomas “TJ” Bell, left the band and a fellow band member Ricky “Horror” Olson had to switch from playing the bass guitar to playing the rhythm guitar in his place. Initially, he just picked up the bass guitar and was introduced as a substitute but was officially confirmed as a band member and bassist on November 27, 2011. He also appeared in the video Puppets (The First Snow), which was a compilation of their tours throughout 2011. After 2 well-received singles, Devil’s Night and If It’s Dead, We’ll Kill It, he contributed to the release of the band’s 2nd studio album, Infamous, on November 13, 2012.

A little less than 2 years later, his band released their 3rd studio album titled Reincarnate on September 15, 2014. Following the release, Devin and his band toured with bands such as Lacuna Coil, Devilment, A Day to Remember, Slipknot, Lamb of God, and Bullet for My Valentine in late 2014 and during the summer of 2015. After a statement in 2016 that the 4th studio album won’t be released through Fearless Records, which they parted with, but through Roadrunner Records, Devin, as part of Motionless in White, released his 4th studio album, titled Graveyard Shift, on May 5, 2017. After a hugely successful The Graveyard Shift Tour in late 2017 and early 2018 in Europe, Devin announced the departure from the band on May 4, 2018, due to personal mental health problems. He also created a fashion line Worn Doll starting in 2012 and created various art, costumes, and makeup under the name LonesomeGhosts.

His freaky costumes and “corpse” makeup

As part of a heavy metal band that he joined in November 2011, Motionless in White, Devin Sola released his 1st studio album, which was the band’s 2nd, titled Infamous on November 13, 2012. The release of the album through Fearless Records was met with very positive reviews from contemporary music critic with a rating of between 3.5 out of 5 stars and a maximum of 5 stars in most cases. It consisted of tracks titled Black Damask (The Fog), Devil’s Night, A-M-E-R-I-C-A ft. Michael Vampire, Burned at Both Ends, The Divine Infection, Puppets 2 (The Rain) ft. Björn Strid, Sinematic, If It’s Dead, We’ll Kill It ft. Brandan Schieppati, Hatef*ck, Synthetic Love, Underdog, and Infamous. The deluxe version, released on June 11, 2013, also included 2 additional tracks, Fatal and Sick from the Melt ft. Trevor Friedrich, as well as 4 remixes of already-released songs. 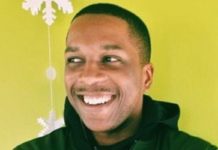