Eden Silva is a British professional tennis player who made her WTA main draw debut with 2018 Dubai Tennis Championships in the doubles event. She has won various tournaments and has done endorsement work for numerous brands like ASICS Tennis. She already has a decent record in ITF tournaments with her best performances coming on hard court. Eden has a mild social media fan base with more than 20k followers on Facebook.

Eden Silva has rarely spoken about her personal life while interacting on the social media, which makes it difficult for us to say anything about her love life and dating history.

She has Russian and Sri Lankan ancestry.

Eden Silva has a sponsorship deal with sportswear brand, ASICS Tennis. She has used her social media to promote their products as well.

Being one of the promising female British players. She has achieved some success in the ITF circuit. She has been especially successful in Sharm el-Sheikh tournament, having won it for a couple of times.

In January 2010, she made her tennis debut at the Magnolia Cup.

Apart from the telecast of the tennis matches, Eden Silva hasn’t appeared on any TV show yet.

Eden Silva regularly hits the gym to further improve her performances on the court. In the gym, she focuses on functional training with special attention paid to improving her lower body power and explosiveness. She uses accessories such as medicine balls and HRX bands to make her workouts even more effective and productive. 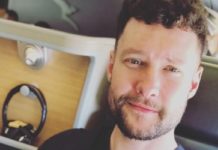