Emma González is an American activist and an advocate of gun control who is also one of the survivors of the horrendous Stoneman Douglas High School shooting that took place in Parkland, Florida on February 14, 2018, and took away the lives of 17 students and staff members. Since then, she has become vocal about the need for gun control in America and has participated in various events to further the cause. Only after 3 days of the incident, she pulled herself together and gave an 11-minute speech in front of the Broward County Courthouse at a gun control rally in Fort Lauderdale, Florida and it was then that the phrase “We Call B.S.” went viral. Emma also co-founded a student-led political action committee for gun control that advocates for tighter regulations to prevent gun violence called Never Again MSD. She identifies as a bisexual and was the president of the gay-straight alliance in her school. Her commendable work as an activist has amassed a major fan base for her with more than 2 million followers on Twitter and more than 200k followers on Instagram.

Emma González studied in Marjory Stoneman Douglas High School in Parkland, Florida from where she graduated in the spring of 2018. There, she was the president of the gay-straight alliance as well as the tracking team leader on Project Aquila, a mission focused on sending a school-made weather balloon “to the edge of space”. The entire project was documented by a fellow student and another Stoneman Douglas High School shooting survivor, David Hogg.

Later, she got enrolled at New College of Florida in Sarasota, Florida.

Emma González has not dated anyone publicly yet. Therefore, it is difficult to ascertain anything about her love life and relationship history.

She is of Cuban descent on her father’s side.

Emma González appeared in a Time 100 TV Commercial, Icons, in 2018 alongside the likes of Barack Obama, Carmen Yulín Cruz, and Chloe Kim.

Emma González made her first TV show appearance as herself in an episode of the news series, WGN Morning News, in March 2018. 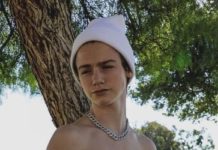 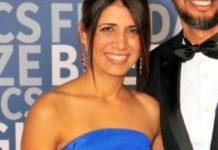 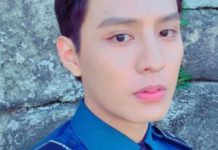