Minka Kelly is one of those celebrities who love food and enjoy it without any regrets. She is so in love with foods that she joined a culinary school to hone her cooking skills. Here we get to know about foods she can’t resist, her favorite healthy foods, foods she doesn’t like, how she controls overindulgence and how she tries to outdo a diet indulgence.

Minka would be the first to tell you that she likes foods that are not so healthy. But she also listens to her body. When she feels sluggish or unwell in any way due to foods, she eliminates that food or restricts it.

The current guilty pleasures of the diva are a McDonald’s Big Mac or Taco Bell. Though she knows that such foods are not good for health, she admits that she loves them and even calls herself not perfect for wanting them.

How She Tries to Cope with a Bad Diet

Whenever she indulges in unhealthy foods, she just tries to undo it all by drinking lots of water. She thinks that if she has a big Mac and drinks a lot of water afterward, she will wash it all out.

She also thinks water is an essential part of her day because when she doesn’t have enough of it, she feels a lack of energy. Similarly, if she has enough water, she feels energized the next day.

The stunner doesn’t stress about food too much. She believes in enjoying her life and foods. She also indulges in a glass of wine. Her idea to balance it out is to take breaks every once in a while.

Some healthy foods she likes are peaches, strawberries, broccoli, nectarines, and almost all types of root vegetables.

The American actress says that the decision of graduating from culinary school was excellent and it was the best six months she could have ever invested in herself. She loves cooking with and for her family and friends. Cooking and learning to cook makes her happy and she thinks it’s the best way to keep people together. For her, food is love.

The former Friday Night Lights (2006-2011) star says that when you are living alone, you often lose the inspiration or desire to cook an extravagant meal. So her cooking is mostly restricted to a healthy and easy dish of salmon with broccoli.

She mostly makes use of her cooking skills when she hosts a cooking party for her girlfriends. She and her friends also have a cookbook club where they pick a book, and all the friends make one dish from that book.

The former Charlie’s Angels (2011) actress says that she hasn’t tried cooking an octopus yet. She can eat it, but she can’t cook it because it’s a quite intense process. She realized it when her girlfriend cooked it, and she watched the entire process.

Simplicity is the best policy as far as Kelly’s beauty secrets are concerned. She usually wears a little mascara and chap stick. She admits that she is not so good at applying makeup, so she doesn’t wear much of it unless she has a professional who can put it on.

We think that the beauty needs to work on improving her diet and control her indulgences a bit more. Won’t you agree? 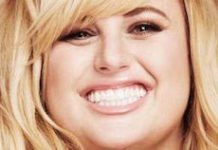 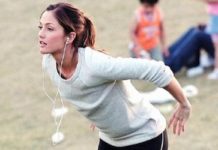 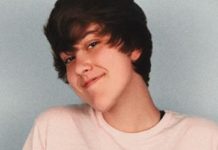 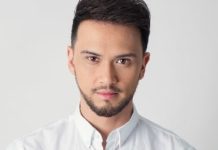