Freya Mavor is a Scottish actress and model who is best known for portraying roles such as Mini McGuinness in Skins, Daria Greenock in Industry, and Margaret in The Keeper. She has also appeared in a variety of other TV shows and films such as Not Another Happy Ending, Sunshine on Leith, The Sense of an Ending, Modern Life Is Rubbish, Dead in a Week or Your Money Back, Balance, Not Symmetry, The White Queen, Twice Upon a Time, The ABC Murders, New Worlds, and many more. Her theatre credits include plays like Boys and Good Canary.

She has Irish and Danish ancestry on her mother’s side.

As a model, she became the face of Pringle of Scotland in 2011 for its spring/summer campaign.

Playing Mini McGuinness in the E4 teen drama Skins from 2011 to 2012. Freya appeared in a total of 18 episodes.

In 2011, she appeared in the short film Disco for her minor role as ‘Girl in the Queue.’

Freya’s debut feature film appearance was in the romantic comedy film Not Another Happy Ending in which she played the starring role as Nicola Ball in 2013.

From 2011 to 2012, Freya appeared in E4’s teen drama series Skins where she played the role as Minerva “Mini” McGuinness. She was also nominated for best actress award for this.

Freya grew up playing a number of sports activities like rock climbing, swimming, tennis, etc. She wasn’t a gym freak while growing up.

Freya likes such things more which keep her moving and challenges her physically. That is why, she signed for a physical theatre course in Paris, France which involved tough dancing and martial arts. 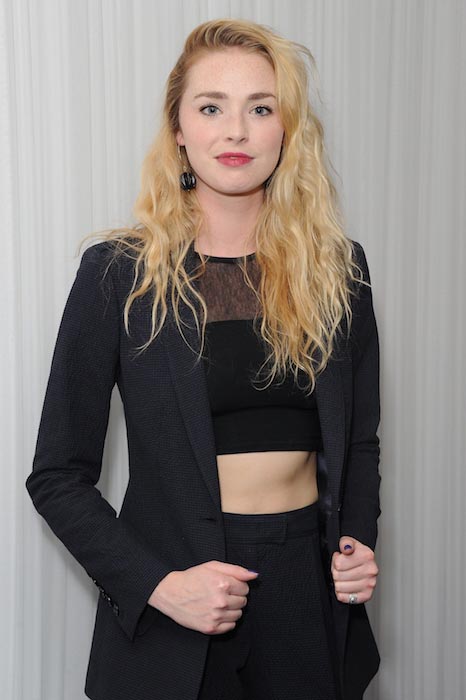