Greta Thunberg is a Swedish environmental activist, whose fiery speeches and sustained campaigns have made her a global icon in the fight against institutional inaction on climate change. Greta has stated that she first read about climate change in 2011 but was disappointed with the fact that so little was being done about it. She first came into public consciousness when, in August 2018, she started protesting outside the Swedish parliament, urging greater action on global warming after massive heat waves and wildfires were caused by Sweden’s hottest summer in 262 years. Soon enough, she was joined by other students who had organized similar protests in their areas and communities. Together, the group organized a school climate strike movement under the banner Fridays for Future. The strikes had a snowball effect and very soon, student strikes were being witnessed around the world. In 2019, coordinated multi-city protests were witnessed, involving more than a million students across geographies. Greta’s movement was featured in a Vice documentary titled Make the World Greta Again in 2019. Her message is simple: that the European Union must honor its commitment, as part of the Paris Agreement, to reduce their carbon dioxide emissions by at least 40% by the year 2030.

She is also known for her pointed and blunt speeches, especially whenever she addresses political assemblies or business leaders, wherein she urges prompt action to contain the global climate crisis. Greta’s sudden rise to fame has made her both an iconic leader and a target of criticism. She has been honored with global awards, prestigious medals, and honorary degrees. On the other hand, she has also been criticized by many journalists, politicians, and political organizations who feel that her demands are too unreasonable and too idealistic. Greta has responded that she takes such criticism as a ‘badge of honor’. Either way, what nobody can deny is that she has sparked worldwide debate and movement around climate change, arguably the most pressing of the world’s concerns. Many in the global media have described her impact and influence as the “Greta Effect”. In May 2019, she published a collection of her speeches titled No One Is Too Small to Make a Difference, with the proceeds donated to charity.

Greta was a high school student in Stockholm. In July 2019, she decided to take a year-long sabbatical from school to focus on leading the movement against global climate change. Her parents and teachers have been respectful and supportive of her decision.

Her activism against institutional apathy about climate change and her blunt, rousing speeches in political assemblies. Her words, “You are failing us”, at the 2019 UN Climate Action Summit became a rallying cry for environmental activists around the world.

Greta made her TV show debut as “Herself” in a September 2018 episode of the Swedish talk show Breaking News med Filip och Fredrik (Breaking News with Filip and Fredrik). 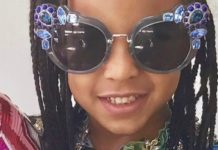 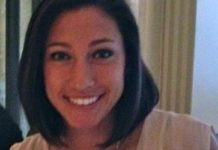 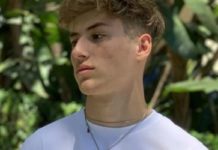 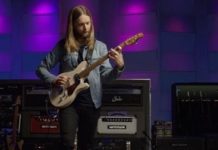