In 2008, Grigor Dimitrov moved to Paris and got enrolled in a course at Patrick Mouratoglou’s Tennis Academy to hone his skills.

Previously, he had trained at the Sánchez-Casal Academy under the tutelage of Emilio Sánchez and Pato Álvarez in Barcelona. He had joined the academy at the age of 15.

Grigor Dimitrov has appeared in a TV commercial for a range of tennis products from Wilson Sporting Goods.

He has also done endorsement work for Outside the Ball.

He has also been featured alongside Maria Sharapova in a TV commercial for Nike.

He has also endorsed Rolex.

Dimitrov started his professional tennis career in 2008. His first ATP level match was against Igor Andreev at the Ordina Open. However, he failed to win the match and went down in straight sets.

Grigor hasn’t been cast in any theatrical film till date.

Apart from the telecast of the tennis matches and various tennis tournaments, Grigor Dimitrov hasn’t appeared on any TV show.

In the off-season, Dimitrov works hard in the gym in Monte Carlo to prepare for the upcoming season. His off-season workout regime is very dynamic and includes several different components and training philosophies. They use bands for the Isometric training, which strengthens muscles. The functional training exercises also form an important part of the workout. For the functional training, they rely on the machine as well as free weight exercises.

Another important part of his workout regime is core strengthening. The core power is especially important for the tennis players as it plays a key role in generating power in the shots. He also works on his flexibility and agility. Before he starts his tennis drills, he performs a number of sprints. The cardio is usually done indoors in the gym on the treadmill and stair climbing machine. 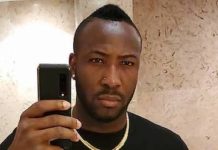