Hallie completed her schooling from Pennsbury High School in 2002.

Later, she enrolled at Johns Hopkins University from where she graduated Phi Beta Kappa with a Bachelor of Arts in political science in 2006. 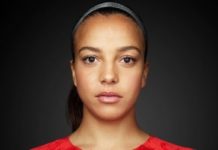