Jacques Kallis is a South African TV personality, former cricketer, and cricket coach. He is widely regarded as the greatest batsman that has played for South Africa’s national cricket team and one of the greatest all-rounders of all time. As of 2019, Jacques remained the only cricketer in the history that has scored more than 10k runs and took over more 250 wickets in both Test and ODI match cricket. In total, he took 292 wickets and 200 catches in his Test match career and has scored 13,289 runs.

Jacques Kallis has endorsed brands such as –

He also founded The Jacques Kallis Scholarship Foundation in 2005 with the goal of funding and mentoring youngsters to reach their full academic and sporting potential. 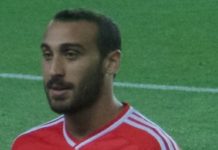