To hone his painting skills, Javier Bardem studied at the Escuela de Artes y Oficios in Madrid. He studied there for four years before deciding that he wasn’t a good enough painter.

Javier was raised in the Roman Catholic faith. But as an adult, he identifies himself as an atheist.

Javier made his theatrical film debut in 1981 in the comedy film El poderoso influjo de la luna (The Powerful Influence of the Moon). However, his role was uncredited.

In 1974, Javier made his first TV show appearance in the comedy TV series, El picaro (The Scoundrel). He was six years old at the time and his role was uncredited.

His first credited performance came in 1986 as Pablo in the Segunda enseñanza  (Second Teaching). 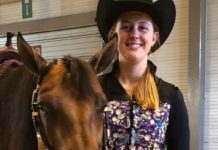