Jazzy B has dated –

Jazzy B has Punjabi ancestry.

Having an outstanding career in the Punjabi music industry

Jazzy B has a well-toned body and is often seen posting pictures of his workout on his Instagram. His workout includes extensive cardio and weights to help keep his body fit and muscular. 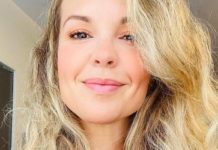 15 Celebrity Moms Who Gave Birth In Their Forties