Jordan Ladd is an American actress who happens to be the daughter of actress Cheryl Ladd and producer David Ladd. Given her strong connection in the show business industry, she managed to acquire roles and had worked with her mother on various TV films. For landing roles on highly-acclaimed horror films, she then became more popular by the name “Scream Queen”. She has appeared in some of the most successful horror films including Cabin Fever (2002), Club Dread (2004), and Grace (2009).

For her freshman and sophomore years in high school, she attended the Webb Schools in Claremont, California. She went to Southern Methodist University situated in Dallas, Texas.

She has Ashkenazi Jewish ancestry on her paternal grandmother’s side and some English, German, and Irish ancestry. 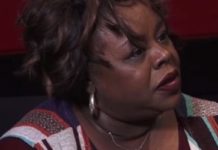