Katrina Bowden is an American actress who is best known for portraying roles such as Cerie in 30 Rock, Flo Fulton in The Bold and the Beautiful, and Natalie in Scary Movie 5. She has also appeared in a variety of other TV shows and films such as Tucker & Dale vs. Evil, American Reunion, Piranha 3DD, Movie 43, The Divorce Party, Hard Sell, Born a Champion, Law & Order: Special Victims Unit, Ugly Betty, One Life to Live, New Girl, Public Morals, I Am the Night, The Young and the Restless, CollegeHumor Originals, and many more. Katrina has been featured in the music videos of songs such as Fall Out Boy’s Dance, Dance and Panic! at the Disco’s Miss Jackson. 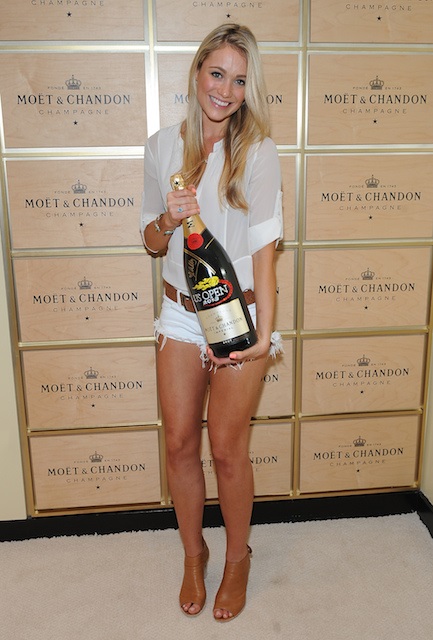 Tall body frame; taller than even her husband Ben 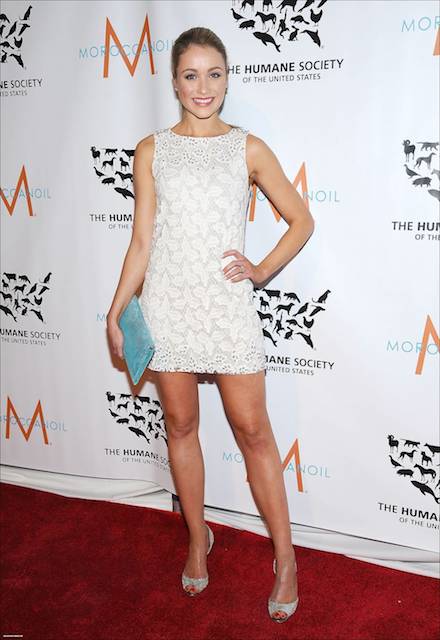 After being discovered, she started modeling and appearing on television commercials. The notable ones being J.C. Penney and Dr. Pepper.

Katrina debuted with the Lifetime television film Reckless Behavior: Caught on Tape for her role as Bronson girl in 2007.

Bowden’s workouts include kickboxing, spinning, and yoga. To stay active, she likes to do a brisk walk with her husband Ben outdoors.

The actress’ diet consists of grilled chicken or tuna salad in lunch. The fruits are a real delicacy for her. She likes to eat cantaloupe, papaya, and other ones, which are in the season.

She starts her day with a cereal rich in fiber like Fiber One together with almond milk. She’s actually allergic to dairy, so she needs to take proper care of her diet in the breakfast.

Eating small meals at regular intervals keep the metabolism high and while keeping that in mind, Katrina binges on Pretzels.

When she is craving for something sweet, her first choice is the carrot cake. Katrina eats this couple of times in a week. She would also eat it every day if she is allowed to do so.

Her dinner is mostly fish and fresh vegetables.

Bowden does like to experiment with healthy dishes as she loves to cook. She makes sweet potato fries likes five times in a week. 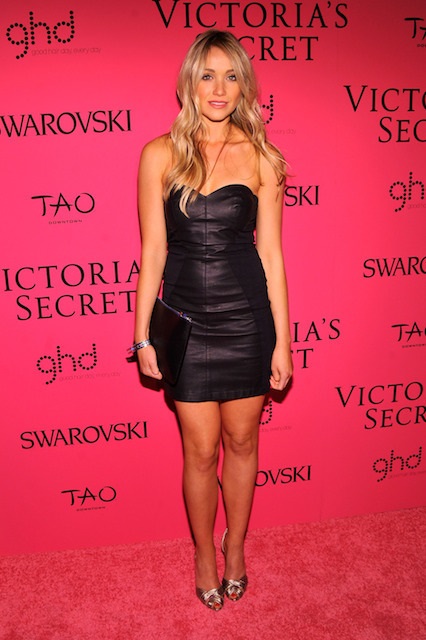