Kay Kay Menon is an Indian actor known for his work in films like Baby, Haider, Corporate, Bheja Fry 2, and many others. He is known for his powerful acting performances and is known to be a method actor. Kay Kay started his career with theatre and then ventured into films. He has done more than 60 films and won various awards for his performances.

He completed his education from St. Josephs Boys’ High School in Khadki, Pune and then did his graduation from Mumbai University in Bachelor’s Of Physics. Menon later did his masters from the Department of Management Sciences (PUMBA) at the University of Pune in MBA (Marketing). 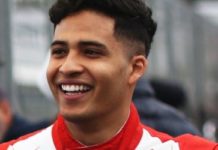