He is of English descent with some Irish heritage. 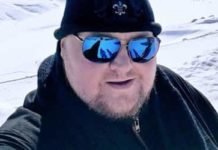