Laura Robson is a British tennis player who shot to fame after winning Wimbledon Junior Girls’ Championship just at the age of 14. She is referred to as the “Queen of Wimbledon” and “new darling” of British tennis by the British media. Her first junior Grand Slam was at the Wimbledon girls’ event where she played as an unseeded player. She won her first ITF Women’s Circuit tournament in November 2008. Laura also became the first British woman since Jo Durie (in 1990) to reach a WTA main-tour final at the 2012 Guangzhou Women’s Open.

Laura joined a tennis academy at age 7 to master the various facets of the game.

Later, she was coached by multiple coaches including Carl Maes, the head of the Lawn Tennis Association.

She is managed by Octagon.

Laura hasn’t officially dated anyone yet.

She hasn’t endorsed any of the brands yet.

Her religious beliefs are unknown.

Robson played her first tournament in May 2007, on the Junior ITF Circuit. She was able to reach the quarterfinals in the tournament.

Laura has not appeared in any of the theatrical films yet.

Her fitness trainer is Mark Wellington. 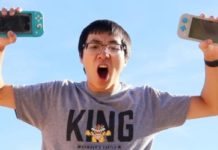