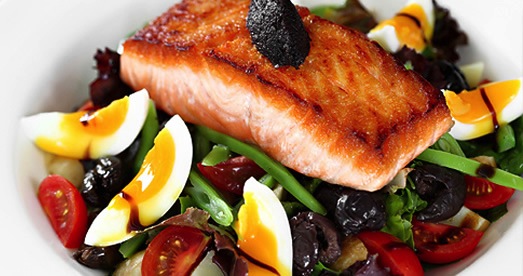 Leptin diet which has made new breakthrough into body science is a completely revolutionary diet program. So far, a lot of reasons accountable for obesity have been discovered by scientists, but Leptin diet program reckons that leptin resistance is the main cause of obesity.

We are living in an age where a very wrong assumption is prevalent among people and that is – fat is a sinister food item which makes us grow overweight. As a result of the wrong assumption, trend of consuming carb rich foods has drastically increased.

What is Leptin Resistance?

Prominent with several names such as starvation hormone, obesity hormone, leptin is a hormone which controls your appetite and sends message to your brain about the fullness of your body after consuming foods. Leptin which a kind of protein is covered by fat cells and it keeps check on your unhealthy eating habits.

Malfunctioning of leptin enhances your tendency to consume foods, which cause accumulation of fats in your body. Unless leptin is at par in your body, you keep consuming more and more foods without feeling satisfied. For the production of efficient hormone, you shall feed fat rich foods to your body.

Relationship Between Leptin Resistance and Obesity

Research shows that fatty people have elevated level of leptin resistance, which means despite having high level of leptin present in their bodies; their brain and body are not sensitive to them.

People insensitive to leptin keep eating relentlessly but their brain doesn’t stop feeling starved because it doesn’t get any signal from the hormone to stop eating. In addition to that, leptin also has one reward system. Due to the reward system of hormone, your yearning for consuming foods trims down. However, since obese people are devoid of these benefits, they continue craving and consuming foods without getting any sense of satisfaction.

Healthy fats are vital for your body because they promote the formation of leptin hormone and at the same time trigger fat burning process in your body. It’s not fatty foods which cause accumulation of fats and diseases in your body.

It’s actually starchy and carb rich foods such pasta, bread, grains, starchy vegetables etc. which cause spike in your blood sugar level, and bump up your insulin resistance. Sugar in your body being mixed with protein causes chemical reaction which generates free harmful radicals.

These free radicals begin spoiling various cells in your body, which further escalate your leptin resistance. Besides that, your body attains energy from glucose, but sugar left unburned starts being piled up in the disguise of fats making the situation even worse for you.

Your skin cells also get killed during the process, as a result of which shabby signs of aging begin appearing on your skin. Healthy fats render your body fats to gain energy, burn extra leptin, and maintain stability in the level of leptin. In addition to that, it keeps check on your craving for sugary foods; so you don’t feel tempted to consume them.

High fat and high protein foods are mainly emphasized in the diet program because these foods uphold you full for longer. Since they rev up internal functioning of your body, healthy results are apparent externally.

Besides that, dieters are recommended to recognize foods promoting their cravings, and refrain from them as much as possible. Mainly salty and sugary foods fall under craving enhancing foods.

Why Five to Six Hours of Gap in Meals is so Vital?

According to diet solution, small meals are not good for your body because small meals of fats promote frequent floating of triglycerides in your blood. Triglycerides form shield around leptin hormone which blocks the communication between hormone and your brain.

Apart from that, fat consumed by you flows directly to particular parts of your body such as thighs, hips, and stomach. It requires five to six hours for your body to burn those fats. Therefore, it’s paramount for you to provide sufficient amount of time to your body to do its work.

Mostly crash diet programs fail because they keep your body on extremely low calorie levels. As a result of low fat diet, so much of fat cells get burned that level of leptin in your body goes down drastically. Low level of leptin means starvation. In the wake of starvation, you feel pressurized to consume foods to satisfy your appetite.

You can have walnuts, berries, soy milk having cereals or whey protein powder mixed in it, high fiber cereal with one glass of soy milk, hard boiled eggs etc. in your breakfast. 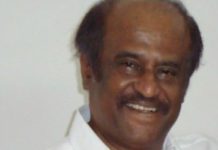