Living the Fit Life: The Terry Crews Code to being Shredded and Staying Strong all the time! 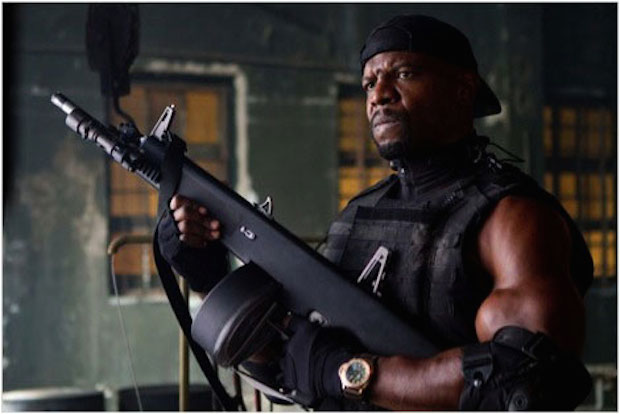 Ever since former NFL Player Terry Crews jumped into the world of television and films, he has managed to create a unique, colorful image of an actor who challenges every popular action hero stereotype by being both tough and funny at the same time. Famous for his ability to choreograph one hell of a full body flexing routine at will, his fitness is not just a genetic gift honed overnight or even over a couple of years. Terry’s ability to stay photo shoot ready throughout the year is sum total of his personal habits and workout ethic developed and refined over the course of last three decades. If you want to experience even half of his conditioning that he currently possesses at the age of 46, then work on building the mindset that earned him the title of fittest man in Hollywood. Here is how Terry claims that he learnt to thrive and win in life. Staying shredded just happened to be a happy by-product. 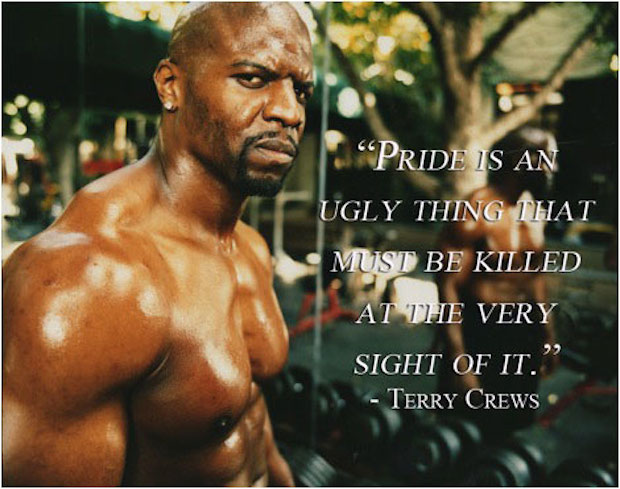 In an interview, Terry confessed that he has learnt to get comfortable being embarrassed and gotten way past the need to please everybody. He went through his share of pressure to come across as an alpha male during his football career. However, seeing other players make themselves completely miserable trying to keep up a certain image made him decide that he was just going to be himself, which changed his way of thinking for the better.

Greater self-acceptance eases a ton of unnecessary load of your mind. It enables you to leave your ego outside the gym, find security in the numbers you lift and focus primarily on the form and technique of your exercises. Hence, massive strength gains, over a period, with consistent effort become inevitable. 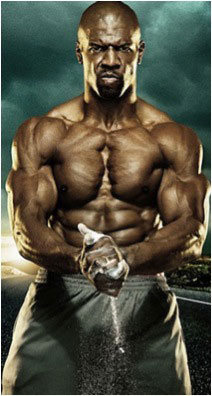 A good workout always has some intensity that pushes you out of your comfort zone, even if only just a little bit every single day. However, the intensity of your workouts should always align with your personal fitness goals. Be aware of your physical progress and always remain clear, how you intend to use your fitness to improve the quality of your life in the future.

Terry claims that he loves to do CrossFit on weekends. However, as much as he loves intense physical activity, he would never try MMA fighting or test his one rep max in the gym due to the risk of injury involved. He also avoids training for a marathon while prepping for a movie because the physical demands for both do not line up.

No matter what activity you undertake, always give due thought to how it will help you in the future. Intense workouts should make you feel stronger in the forthcoming days. If you start feeling tired and weak all the time, you need to revisit your diet and workout principles.

Here is a fragment of Terry’s typical gym routine shown in the Expendables – training and nutrition video.

In an interview to Men’s Fitness, Terry Crews lists the Top 5 Gym Crimes that ruin the     possibility of a good workout and signify poor code of conduct. 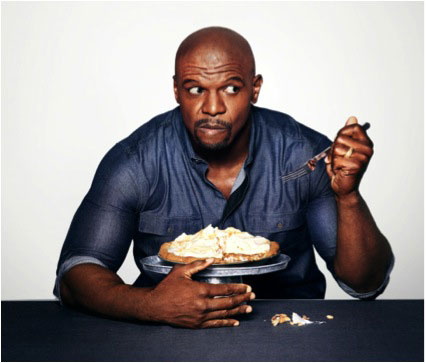 Terry first learnt about the concept of intermittent fasting from Randy Couture on the sets of the very first Expendables movie and has been following it religiously ever since. Although he does not recommend intermittent fasting for young boys, for older people, it conveniently simplifies meeting the high maintenance calorie demands of the bodybuilding lifestyle.

In an interview to bodybuilding.com, Crews explains that he uses an eight-hour window to consume 3-4 meals within that time. He does not have his first meal until 2 pm. At 2 pm, his first meal of the day will comprise of lots of protein and vegetables in the form of eggs, bacon and salad. He ends his day with the biggest meal at 10 pm, which is also most dense in carbohydrates. Sleeping on the bread overnight leaves him refreshed and energetic for his early morning workouts and kills any hunger pangs or cravings until 2 pm the next day. During his fasting period, Terry consumes a lot of green tea or BCAAs.

Be the bodybuilder-athlete for life! 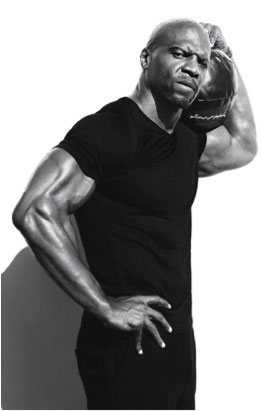 To sum up, Terry recommends pursuing a lifestyle that represents balance. Go hard and heavy in the gym and invest some time to practice explosive lifts such as power cleans, dead lifts and squats. However, never shy away from doing cardio as well.

As vital as it is for a man’s image to pack plenty of muscle, he should always be athletic and conditioned enough to break into a run at a moment’s notice. Stop dwelling in bulking and cutting cycles. Most people conveniently use bulking as an excuse to overeat and be lazy.

Avoid chasing a specific number on the scale because it might put pressure on you to get too skinny or too big, just because you want to make it to a certain weight. Finding your ideal weight is a matter of creating greater self-awareness and experimenting with difference concepts in diet and training. Your ideal weight would be the one at which you feel your best, most active, energetic self.

How to Get Rid of Acne and Finally Enjoy Clear Skin

Plan Your Wedding With These 5 Tips