Lizzy Caplan is an American actress who is best known for portraying roles such as Annie Wilkes in Castle Rock, Virginia E. Johnson in Masters of S*x, Lula May in Now You See Me 2, Kat Warbler in The Class, Faith Pitt in The Pitts, and Agent Lacey in The Interview. She has also appeared in a variety of other TV shows and films such as Mean Girls, Love Is the Drug, 127 Hours, Queens of Country, Bachelorette, The Night Before, Extinction, My Best Friend’s Girl, Smallville, Family Guy, Tru Calling, True Blood, Childrens Hospital, Agents of S.H.I.E.L.D., New Girl, Inside Job, Angie Tribeca, and many more. For her acting skills, she has been nominated for numerous awards such as the Saturn Award, Satellite Award, and Primetime Emmy Award.

Lizzy attended Alexander Hamilton High School in Beverlywood and graduated in 2000. During this time, she was also a student at the Academy of Music.

She has appeared in a fashion commercial. 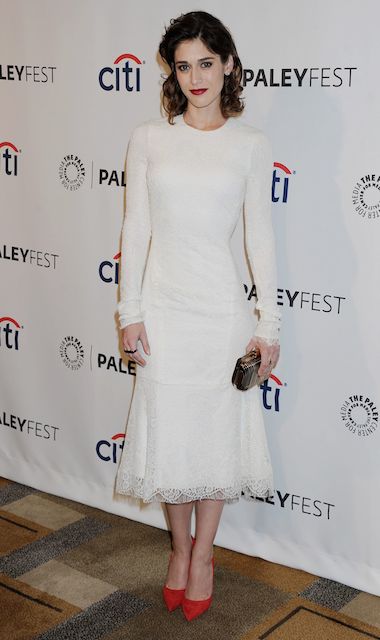 Playing Janis Ian in the 2004 film Mean Girls, as Gena in the 2012 film Bachelorette, as April Drennan in the 2010 film Hot Tub Time Machine.

In 2002, Lizzy appeared in the comedy film Orange County for her role as a party girl.

From 1999 to 2000, Caplan played the role as Sara in NBC’s teen comedy-drama TV series Freaks and Geeks in 4 episodes.