Mattia Polibio is an American social media entertainer who is best known for the short 6 second videos that he uploads to his TikTok account titled “mattia.” His fun-filled short videos have also garnered him a huge fan base with more than 3 million followers on TikTok and more than 800k followers on Instagram.

Mattia prefers to represent his own career.

Through his social media, Mattia has either endorsed or promoted various brands such as Shadow Hill. 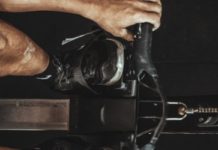