Michiel Huisman is a Dutch actor, voice actor, musician, singer, and songwriter who has worked in many Dutch and English language TV series and films. He is known for his television roles like Daario Naharis in the fantasy drama series Game of Thrones, Alex Sokolov in the black comedy mystery thriller series The Flight Attendant, Steven Crain in the supernatural horror drama miniseries The Haunting of Hill House, Sonny in the drama series Treme, Liam McGuinnis in the musical soap opera series Nashville, Cal Morrison in the science fiction thriller series Orphan Black, Hugo Biesterveld in the romantic comedy-drama series De co-assistent, Martijn Zwager in the romantic drama series Bloedverwanten, and Walter Davidson in the miniseries Harley and the Davidsons. Huisman has also been cast in movies like The Guernsey Literary and Potato Peel Pie Society, The Age of Adaline, Black Book, The Ottoman Lieutenant, Wild, 2:22, Irreplaceable You, The Red Sea Diving Resort, The Other Lamb, The Invitation, The Young Victoria, Phileine Says Sorry, and The Last Right.

Huisman has been signed to – 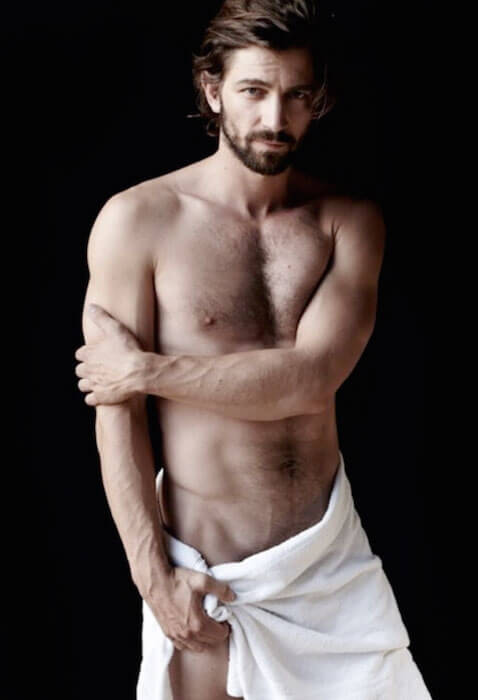 Michiel appeared in the TV commercial “You’re the One That I Want” for Chanel No.5 in October 2014.

Huisman is best known for being the lead singer and guitarist of Fontane (a Dutch music band).

Michiel gained even more popularity when he was selected to play the role of Daario Naharis in the popular TV series Game of Thrones in 2014.

Huisman’s first album is named Luchtige Verhalen and was released in 2005 by Who’s Next Records.

Michiel first appeared as Palmer in the TV movie Suzy Q in 1999.

However, he had his first featured role in the movie Costa! (2001) as Bart.

Michiel showed up in the episode Prettige feestdagen in the TV series Voor hete vuren in 1995.