Mike Sorrentino found fame by appearing in the popular dating show, Jersey Shore. He has also appeared in numerous other reality shows such as Marriage Boot Camp: Reality Stars, Celebrity Big Brother, and Worst Cooks in America. He was also well known for his colorful love life but later on, he gave up his partying lifestyle.

He is based in New Jersey, United States.

Mike Sorrentino went to the Brookdale Community College and graduated with an associate’s degree. Later, he got enrolled at the Kean University. He has also studied at the Monmouth University.

Mike Sorrentino is represented by –

Mike Sorrentino has done endorsement work for the products and brands such as Devotion Vodka, GNC vitamin line, and Reebok Zigteck Shoes.

He has also used his social media posts to promote brands and products such as Diesel, Smile Sciences Teeth Whitening, and In-n-Out Burger.

Having been part of the regular cast of the popular MTV reality show, Jersey Shore.

Having made appearances in numerous mainstream TV shows such as The Tonight Show with Conan O’Brien, The Howard Stern Show, Lopez Tonight, SportsNation, Chelsea Lately, The Jay Leno Show, and The Ellen DeGeneres Show.

In 2012, he made his theatrical film debut in the family comedy movie, The Three Stooges.

In 2009, Mike Sorrentino made his first TV show appearance in the reality show, Jersey Shore.

Mike Sorrentino has made working out his top commitment. He usually works out 5 times a week and no matter how busy he is, he makes sure that he works out on a regular basis. In the gym, he pays special attention to cardio and to strengthening his core which has helped him keep his washboard abs in perfect shape.

When it comes to diet, he aims to eat about 6 meals a day. Out of these six meals, 3 are the main meals and the rest comprise of protein shakes. He refrains from consuming simple carbs and junk calories. He focuses on eating lean proteins and fresh veggies and fruits. Lastly, he drinks a lot of water throughout the day. 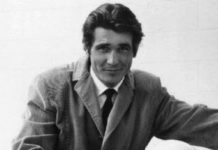