Natalie Martinez is an American actress and model who is best known for portraying roles such as Case in Death Race, Det. Ariana Sanchez in Detroit 1-8-7, Michelle Miller in Fashion House, Det. Jamie Lovato in CSI: NY, and Amy in Ordinary Joe. She has also appeared in a variety of other TV shows and films such as Magic City Memoirs, The Baytown Outlaws, Message from the King, Keep Watching, Battle at Big Rock, Saints & Sinners, Sons of Tucson, From Dusk till Dawn: The Series, Under the Dome, Secrets and Lies, Into the Dark, The Crossing, The Twilight Zone, and many more. She has been featured in the music videos of songs like Justin Timberlake’s Señorita and Pitbull’s Rain Over Me.

In 2002, she graduated from St. Brendan High School in Westchester, Florida.

Natalie is of Cuban and American descent.

She has served as the face of JLO by Jennifer Lopez.

Natalie was also seen in the Fantasy Cigar shoot.

Serving as the spokesperson for JLO by Jennifer Lopez and also for playing a supporting role as Case in the 2008 feature film Death Race.

In 2006, Natalie appeared in 55 episodes of MYNetworkTV’s nighttime telenovela Fashion House where she played the role as Michelle Miller.

She hits the gym regularly to stay in shape for her various roles in the film and television. Natalie exercises three days in a week. She also does Muay Thai training and yoga in her free time.

MMA (Mixed Martial Arts) is her passion. She likes physically demanding roles and hence keeps her body fit to get to play those roles.

She switches up her workout routine. Sometimes, she’ll do boxing in the morning, or go for cardio barre classes, or dancing.

Walking her dogs is another physical activity, she does daily.

Most of the time, Natalie cooks her own breakfast but if she is in a hurry, she would grab a smoothie. She also eats meat and is a foodie. 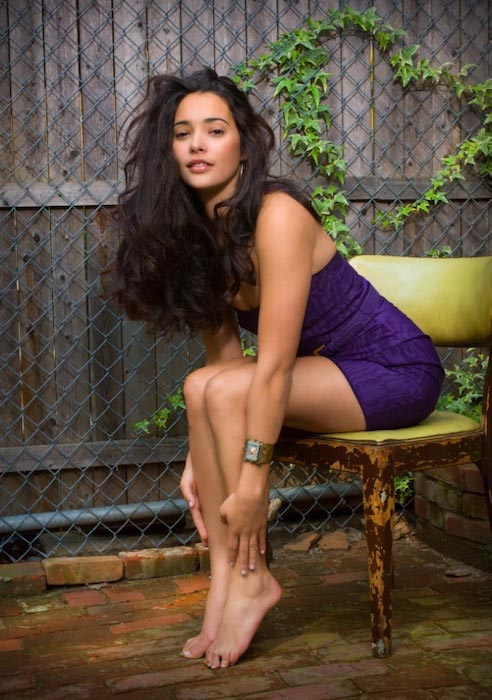