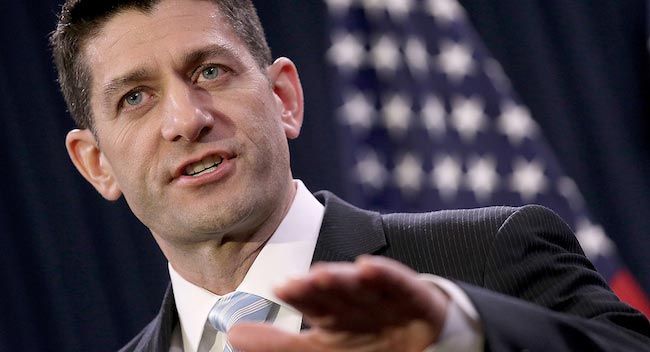 Paul Davis Ryan is currently labeled as the fittest man in American Politics. The current speaker of the House of Representatives, second in line for presidential succession was elected on October 29, 2015 by hopeful Republican Party members with the heavy expectation that his charm and leadership skills will pull together a stronger, united Republican front thoroughly prepared for the 2016 Presidential elections.

Beginning 2016, his term in office did not get the flying start as many had hoped for. He is facing a lot of heat for inaccuracies in speech. The media often criticizes him for being too politically correct and evasive when it comes to endorsing the Republican Party nominee for the 2016 Presidential election, Donald Trump.

Recently, he uploaded a selfie on his Instagram account with all the Capitol Hill interns who work at his office, only to elicit widespread flak on the Internet for the visible lack of diversity among the entry-level workforce. Paul Ryan is also accused of struggling to get the Congress on common ground for inclusive participation to promptly push legislative agenda of immediate concern in response to rapidly changing events.

While winning over popular opinion in politics is an uphill, tumultuous battle, replete with hits and misses, one thing Paul Ryan does know is how to maintain his sanity with physical fitness and maintain a healthy work-life balance.

Paul initiated his professional journey in the mailroom of Senator Kasten’s office and worked his way up to become a legislative aide. With an eventual plan to become a full time economist, his earliest jobs range from working as a waiter, personal trainer, speech-writer and a marketing consultant.

His line of work was sealed when he got elected to the US House of Representatives serving Wisconsin’s 1st District. Fast forward more than 17 years later, he is presently employed in his ninth term. Widely considered to be the rising star of the Republican Party, he was their nominee for Vice-President of the United States alongside Mitt Romney while contesting the 2012 Presidential election.

The trigger that made health a priority

Paul Ryan claims that his paternal line has a genetic predisposition for fatal heart attack in their fifties. The unfortunate event of finding his father dead in bed when he was 16 years old immersed Ryan into a considerable period of struggle right after. He had to juggle his studies with staying at home and nursing his grandmother suffering from Alzheimer’s, since his mother went back to college to complete her education and eventually get a job. That period alone etched the importance of health and self-sufficiency deep into his psyche.

Reluctant to take office as the Speaker, considering the demands of the job and possible alienation from his fast growing children, Paul actively re-organized the work commitments of his new job profile to ensure weekends free for his family.

Paul Ryan’s workouts are primarily aimed at strengthening the heart above all other muscles. He is a huge proponent of high intensity movement and endorses P90X, CrossFit and Spinning that he often concludes with Yoga. Considering the aforementioned exercise trends are widely acknowledged to be suitable for a much younger population; at 46, his ability to commit to these challenging workouts for 90 minutes daily is worth admiration itself.

High intensity training is not for people with little or no foundation in strength. It is also not ideal if you are looking to gain muscle. These drawbacks apart, the major benefit of training at high-intensity with a different set of movements every day is that it prevents adaptation to any particular exercise. With this in mind, P90X is a pre-designed choreography of different set of workouts designated for each day of the week.

Doing exactly the same kind of workout daily is one of the most common mistakes responsible for the widely dreaded plateau, according to Paul Ryan.

Once in a while, when he really wants to test his limits, he runs a marathon or climbs one of Colorado’s famous mountain peaks.

To ensure a body fat percentage of 6-8%, Paul is extremely careful about what he eats, does not smoke and rarely drinks. The only vice he suffers from is his daily shot of caffeine that he consumes in his morning coffee.

Looks like Paul Ryan’s thriving political career, intense workouts and his loving family provide him with all the self-indulgent comfort he needs!