There are only a few women who manage to lose the pregnancy weight quickly without putting in much effort and Peter Andre‘s doctor wife Emily MacDonagh is one of them. When you look at her, you won’t believe that she has birthed two kids, but it’s true. She gave birth to her second baby in November 2016 but when we had a look at her recent snaps, we couldn’t believe it. Here we try to find out what helped her to lose weight and no, it’s not a grueling workout or a special diet, it’s as natural that it can be.

The biggest weight loss secret of the diva is that she is breastfeeding her baby. Though this wonderful scenario doesn’t apply to every woman, but she is a lucky one who snapped back into shape after both births. Her weight loss is so great that she even has to eat a lot more while breastfeeding to keep the weight on. When breastfeeding, she loses about 600 calories per day (which is far higher than what a usual workout can help a normal person to achieve.) She also calls herself lucky because she didn’t get any stretch marks on her tummy but she admits to having it on her breasts. She also says she loves breastfeeding because it has helped her to bond with her babies.

The stunner recently spoke against body shaming new mothers. She says that a woman’s body changes so much during pregnancy and then, she has to undergo the trauma of the actual labor. In such a situation, she hardly wants to hear how fat she is looking.

The Taunton-born believes that she had read people criticizing her and Pete as well because of their appearances and their age difference. Sometimes, they also comment that she is too young to be with him. She feels demoralized by such comments.

The beauty also admits that motherhood can be quite lonely and this often leads to postnatal depression. She feels like that especially when Pete is busy with his professional life. But she is also thankful that he is supportive as a father and her own mother is just a phone call away. She also appreciated Kate Middleton for opening up about the loneliness of motherhood because she felt reassured when she heard that even someone like the royal woman feels the same.

Another reason for her quick weight loss could be that she remained very active during pregnancy. She even worked during night shifts where she left home at 7 pm and came back at 10 next morning. She didn’t even complain about it once.

Some of you might be feeling that because she had lost the weight so quickly, her life is perfect. But it isn’t true. Her delivery was not as smooth as she had to undergo a caesarean. She calls it much worse than a natural birth and it left her feeling sore for a certain timeframe. At that time, she didn’t even have the luxury to have ibuprofen because she is allergic to it and even morphine made her feel loopy. She depended highly on paracetamol and still couldn’t move on her own for a week.

Even her baby Theodore James Andre suffered for some time. He was very weak and unable to breastfeed properly. She even had mastitis three times. Only when he was three months old, they realized that he had really bad tongue-tie. Then they went for an operation. Since then, he has been sleeping better and his feeding has tripled. 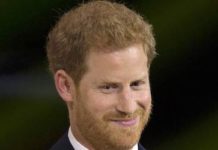 Prince Harry Workout and Diet for The Royal Wedding 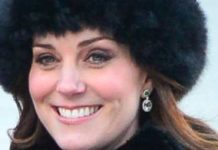 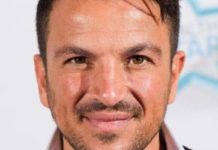