Rashad Jennings had marked his glory while playing for National Football League as running back. He was first drafted by Jacksonville Jaguars in the seventh round of NFL 2009. Jennings had quoted himself as “270 lb. chubby kid with asthma and glasses” but in his college days also, he had been a well-known football player. Rashad then claimed himself to be a free agent of NFL and took his athletic capabilities to the floor of Dancing with the Stars, and partnered with Emma Slater. It was in 2017 when Jennings decided to retire from New York Giants and settled himself as a regular TV presenter.

He then got enrolled into Pittsburgh University where he majored in Psychology and Sociology.

He then went to Liberty University and played college football there. He graduated from there by double majoring in Sports Management and Business and a minor in Biblical Education.

He self manages his career.

In an interview, Rashad confronted that he was involved with his ex-girlfriend but currently, he is focusing on his career instead of on any romantic relationships. Further, he had also stated that whosoever he would think is suitable to be his wife, she would need to get approved by his mother.

Having appreciable statistics in NFL –

He is also well known for winning Dancing with the Stars season 24 in 2017. His dancing partner was Emma Slater.

Rashad made his American football debut for Jacksonville Jaguars in 2009. Jacksonville drafted Jennings in the seventh round of 2009 NFL Draft.

In 2015, he gave his voice in an episode of sports talk-show Mike & Mike as himself – New York Giants.

Throughout his NFL career, Rashad has maintained a clean diet and has regularly done his exercises. He stays away from dairy products and his diet is gluten-free.

Rashad’s personal chef helps him eat clean. Whenever Rashad is not at home, his chef makes the food and packs it in a bag to keep it fresh.

He eats a lot of protein especially animal protein like chicken. He also has protein powder to complete his daily protein intake. Flaxseeds, oats, banana helps him to stay full for long as they are a good source of fiber. Overall, he eats a balanced diet with 3 meals daily.

Regarding workout, he does a variety of exercises daily and targets different body parts daily. He lays special emphasis on shoulders by doing exercises like shoulder presses, lateral raises, etc. 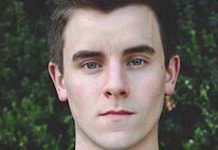