Sam had attended the Millfield School in Somerset.

Sam has raced for –

He has been sponsored by the multinational oil and gas company BP plc. 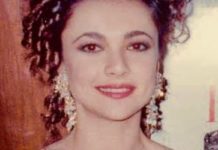