Seven Fitness Myths That Are Pulling You Back

There are countless fitness myths that have been mixed up with genuine and logical fitness facts. You would be amazed to know that how many fitness related facts you believe in are actually myths with no backing from science and logical thinking. However, the frequency of endorsement of such myths often convince a regular person to believe in it, after all so many people won’t be fools to believe in it anyway. However, this is where we are often wrong. In all probability, whoever passed you the particular fitness myth thought the same thing and never bothered to check its authenticity, and the guy before him did the same thing.

So, in this article, we will list some of the biggest fitness myths and you would be surprised to find the so called professional advises in the list. If you are to maximize your fitness gains and move closer to your fitness goals, it is the time to sieve through all the information available out there, and to retain only those snippets that have solid backing of science and foundation in logical thinking. 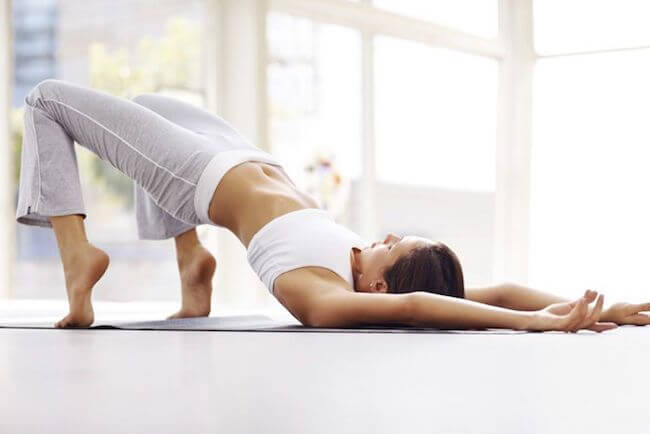 Doing static stretches and holding stretching poses until the muscle starts screaming with discomfort doesn’t prevent any injuries. Most of us have been lead to believe otherwise. ‘Always do stretching before a workout or an intense physical activity to prevent injury,’ is the most common advice handed around in gyms and clubs. But, the science doesn’t agree on this count. In fact, stretching can lead to decrease in performance and speed. One study published in The Journal of Strength and Conditioning Research, found that stretching before lifting weights may leave you feeling weaker and wobblier during the workout, which in fact increases the risk of injury and hampers your ability to pump the iron.

Another study conducted by researchers at the University of Zagreb also backed the fact that stretching leads to decrease in strength. The study reviewed 104 participants who only did static stretching for a warm-up. The researchers found that the muscle strength in the subjects decreased by 5.5%.

There is a scientific fact that explains the obstructive effect of stretching before workout. Many psychologists believe that by stretching, you elongate the muscle fibers, which cause a “neuromuscular inhibitory ­response.” This protective ­counter-response in the nervous system leads to tightening of muscle to prevent it from overstretching.

Instead, you can opt for a dynamic warm-up routine that can elevate the heart rate, raise the core body temperature and will lubricate the joints, which could help in injury prevention. Do 20 jumping jacks, followed by high knees, running on spot or on treadmill and then skipping.

It is a well-known fact that wearing shoes can affect the way you run. With shoes, we tend to take longer strides and hit the ground with more force on the heels. Whereas, when we are running barefoot, the strides tend to be shorter and usually land lightly on the front part of the foot. It is commonly believed that hitting the heels first sends impact peaks, or shock waves, to travel up the legs. And, this sole point has been used to construct the logic that running barefoot is better and will cut the risk of injuries.

However, the new research has found that running barefoot is no more injury free than running with the shoes. The study published in Journal of Strength & Conditioning has stated that correct running form is most important thing, when it comes to injury prevention and competition success. And, anyways the running habits stick around, our bodies stick to the way your body has always worked.

The researchers at the University of Wisconsin La Crosse asked recreational runners to wear barefoot style running shoes for the study. And, it was found that almost half of them continued to strike the ground with their heels, just as they did with the old shoes. And, if you aren’t wearing shoes that cushion the pounding of the heel, you run the risk of amplifying the pounding instead of reducing it.

And, even landing on the forefront sends shockwaves up your leg, just the pattern is different. These shockwaves predominantly hits the soft tissues instead of bones. So, by landing on front of the foot, you might not be at the risk of stress fracture, but the probability of Achilles heel surely increases. 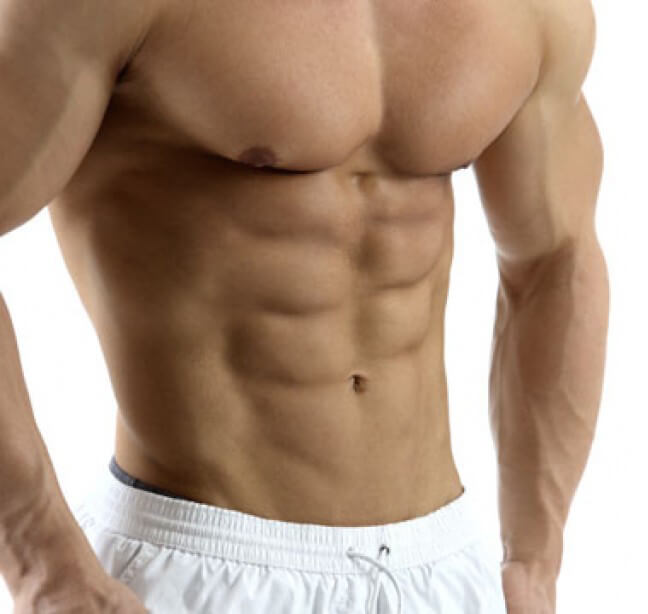 The large data available from studies have found no correlation between core strength and athletic performance. In some cases, there has been improvement in certain facets such as stability and balance, but there has been no substantial evidence that could prove that core training can improve the overall physical performance.

In fact, the crunches, which is considered the main core exercise could lead to some injuries and muscular problems, if done with a terrible form. The crunches put a serious stress on lower back and spine and when done by rounding your back, it could cause serious problems. Some experts advise to skip crunches while doing core training.

And, it would be wise to go for the compound movements such as squats and deadlifts as they along with targeting several lower body muscles also engage your core. These type of exercises also makes your lower body more explosive and can even help in improving stamina. And, more importantly, train for your sport and rest of the things will work on their own. 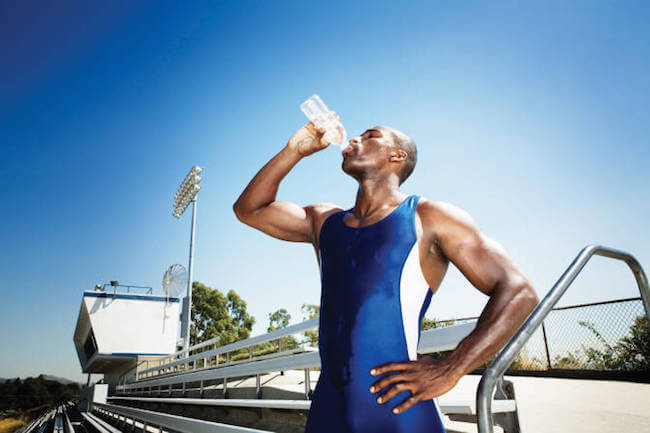 It is often believed that the cramps are caused by dehydration and depletion of minerals such as sodium and potassium. The athletes are commonly urged to guzzle sports drinks in order to prevent any sort of cramps caused by dehydration. Yes, performance wise, it is great to remain hydrated because it improves the supply of nutrients to the muscles and tissues and keeps you going for a longer period. But, it has nothing to do with overworked muscles cramping up.

In a 2010 study, conducted by the team of scientists at North Dakota State University, the same thing was proved that drinking water won’t solve your cramping issues. The researchers asked the group of fit young man to drink plenty of water and then induced muscular cramps by passing the low level electric pulses. The researchers did the same thing after the subjects rode stationary bicycles in a heat chamber. Some of them had lost around 3% body weight in sweat. And, it took almost same number of electric shocks to induce cramps. Thus, proving that dehydration doesn’t have any impact on muscles’ tendency to cramp up.

The best way to alleviate chronic cramping is stretching. The stretching can be helpful in avoiding future cramps as well as reducing discomfort and ache from the one you have already suffered. Another alternative is regular massage. The massage promotes general muscle relaxation and helps accelerate the disposal of exercise metabolites from muscle cells. 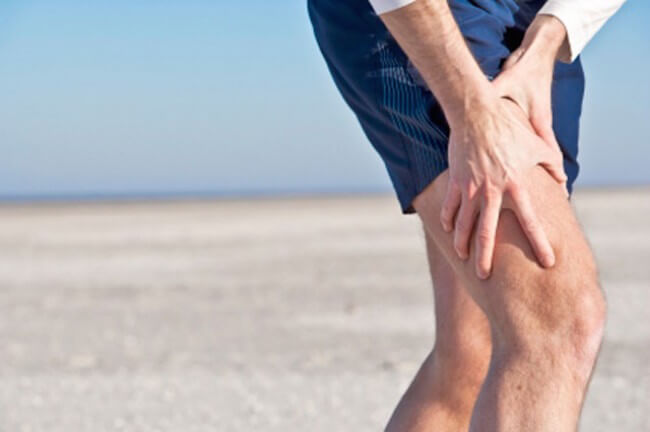 Popping ibuprofen before an athletic event has become more of a ritual. Almost 60 percent of athletes are guilty of taking this pain-killer before a major event or a high intensity training routine. It is a common belief that ibuprofen can be helpful in treating muscle soreness and can even prevent it outright from happening. This statement is partly correct. Yes, it can be helpful in managing pain, but it can’t assist in restoring the muscle function.

A study published in US National Library of Medicine National Institutes of Health also says the same thing. For the study, nineteen subjects were selected and they were asked to do eccentric leg curls to promote soreness in the hamstrings. Nine subjects were given ibuprofen pill of 400 mg every 8 hours within a period of 48 hours, whereas 10 subjects received a placebo randomly. At the end of 48 hours, it was found that the group which took ibuprofen had less muscle soreness in terms of pain, but it didn’t assist in restoring muscle function.

The studies have also proved that taking anti-inflammatory pills can hamper the natural recovery process and can slow it down. When you push your muscles harder, whether it is trying to run at the full capability or trying to lift heavier weights in the gym, the muscles develop micro-tears. These tears induce an inflammatory response, which signals the body to deliver resources such as blood, oxygen, and nutrients to begin the healing process. The anti-inflammatory drugs prevent the inflammation process from initiating the healing reaction. The study conducted by Department of Physical Therapy at School of Health and Rehabilitation Sciences, Indiana University has stated that the use of such drugs can slow the healing of muscles, tissues, ligaments and bones. 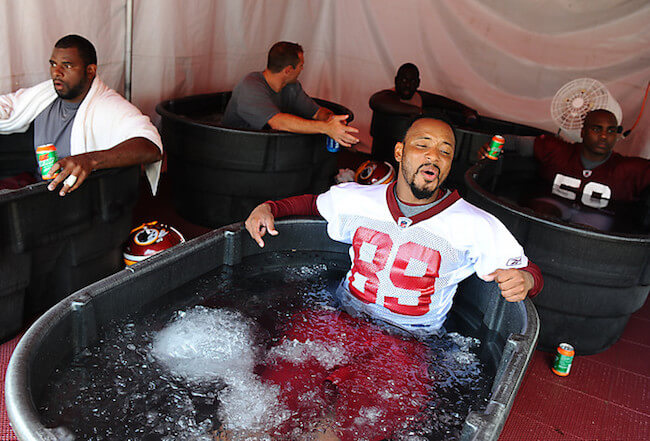 The leading athletes ranging from sprinters to football stars, all swear by the positive effect that an ice bath has on their recovery process. It is a long held belief that ice bath speeds recovery and has become an effective post workout or post game ritual.

But, the studies have found that there is no concrete evidence to support it. And, the decrease in reported soreness may be prompted by the overall relaxing sensation the ice bath has on the tired muscles. A study published in Journal of Sports Sciences, asked subjects to do a punishing 90-minute shuttle run and were then eased into a 50-degree bathtub for ten minutes. The subjects on being asked about muscle soreness claimed that they were feeling less sore. However, their levels of creatine kinase, which is considered a hallmark of muscle damage, remained the same as in runners who didn’t get cold ice bath treatment.

In fact, the studies have proved that taking ice bath too often can prove to be negative effect on your performances. A research conducted by exercise physiologist Motoi Yamane and his associates at Chukyo University in Aichi in Japan, found that icing leg muscles after cycling or forearm handgrip exercises interfered with performance gains.

The findings of this study has been backed by another research conducted at Queensland University of Technology. For the research, two groups of fit young men were put on a bi-weekly resistance-training program. One group took ice baths after each training session (ten minutes in water at around 50 degrees), while the other group was asked to do a low-intensity active warm-down on a bicycle. After three months, it was found that the group subjected to ice bath didn’t gain as much muscle as the bicycle group. 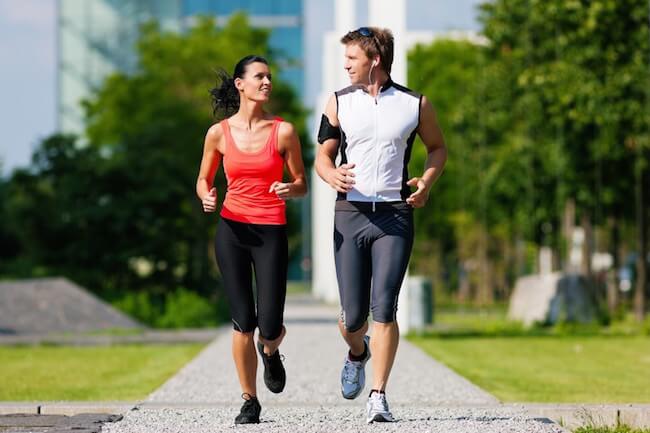 It has been long held belief that you burn more calories by exercising between 68 and 79 percent of your maximum heart rate for a longer duration. The theory behind this myth is that low-intensity exercise burns more lipids by pushing body to fuel itself from the fat stores rather than from readily available food calories.

However, the recent studies have proved that high intensity workout routines that push your body to the limits are more adept at burning the flab resting on your body. A 2011 study published in Journal of Obesity also proved that strenuous exercise which pumps your heart rate to higher levels is more efficient in eliminating the fat stores. The same study also found that high intensity exercise lowers insulin resistance, which can be very helpful in reducing the fat stores. Such type of exercise routine also improves aerobic and anaerobic fitness. And, intense exercise increases your metabolism for up to 14 hours afterwards as well.