Shoaib Akhtar is a Pakistani cricket commentator, former cricketer, and TV personality who is known for his stunning career as a member of the nation’s cricket team during which he achieved the feat of becoming the fastest bowler in the history of cricket. Regarded as a legend in Pakistani cricket, he also became the first bowler to break the 100 mph barrier.

Shoaib Akhtar studied at Asghar Mall College which is a historical and prominent college located in Rawalpindi, Pakistan.

Shoaib Akhtar has Gujjar ancestry on his father’s side and is of Awan descent on his mother’s side.

Featured Image by Doha Stadium Plus Qatar / Flickr / CC BY 2.0 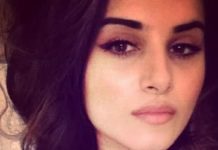