Tom Latham is a New Zealand cricketer who plays in all game formats and acts as vice-captain of the national team in Test and One Day International (ODI) formats. With an impressive playing style and for piling up quite a lot of achievements, he has been deemed as one of the most successful cricketers in New Zealand.

He is of New Zealander descent. 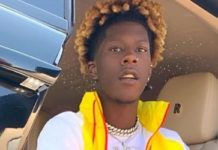